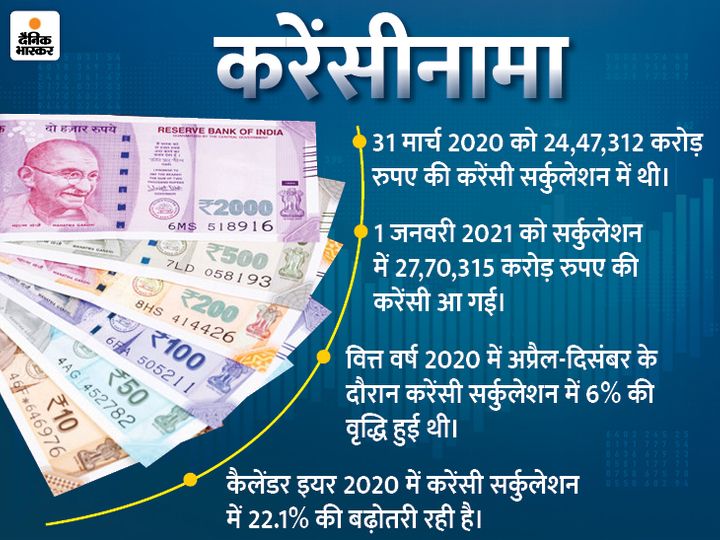 Madan Sabnavis, Chief Economist, CARE Ratings, says that the currency in circulation has reached a high level in the current financial year. Sabnavis says that during lockdown people had accumulated more currency to deal with any need. He said that whenever there was a crisis-like situation, there was a tendency to deposit cash in the houses. This is the reason that the demand for cash has been increasing.

RBI’s annual report also said that the currency will increase

The RBI released the Annual Report for 2019-20 in August 2020. This report said that due to the uncertainty of the Kovid-19 epidemic, the demand for currency has started increasing. However, the RBI had taken several measures to deal with the increased demand for cash.

The value of banknotes included in circulation rose 14.7% in FY 2020

In order to recover from the impact of Kovid-19, gross market barrowing was increased to Rs. 12 lakh crore in FY 2020-21.

4.21 lakh crore rupees of banks may be trapped by the current and next financial year, NPA will increase

India’s current account surplus estimated to be $ 20 billion in current fiscal year, for the first time since 2006-07 – Barclays