Comments Off on Assam artist created statue of mother Durga with 30 thousand medicines and syringes, share amazing look of mother 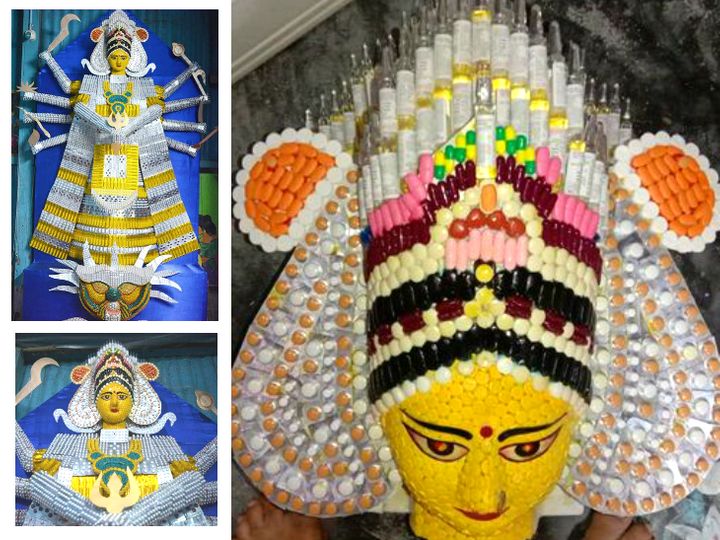 An artist from Assam has created a statue of Maa Durga with the help of 30 thousand expired medicines and syringes. Dhubri artist Sanjib Basak in Assam has taken two months to prepare this statue. They prepared it from Medical Waste. Earlier, Sanjeeb has also prepared the mother’s statue using matchsticks and wires. 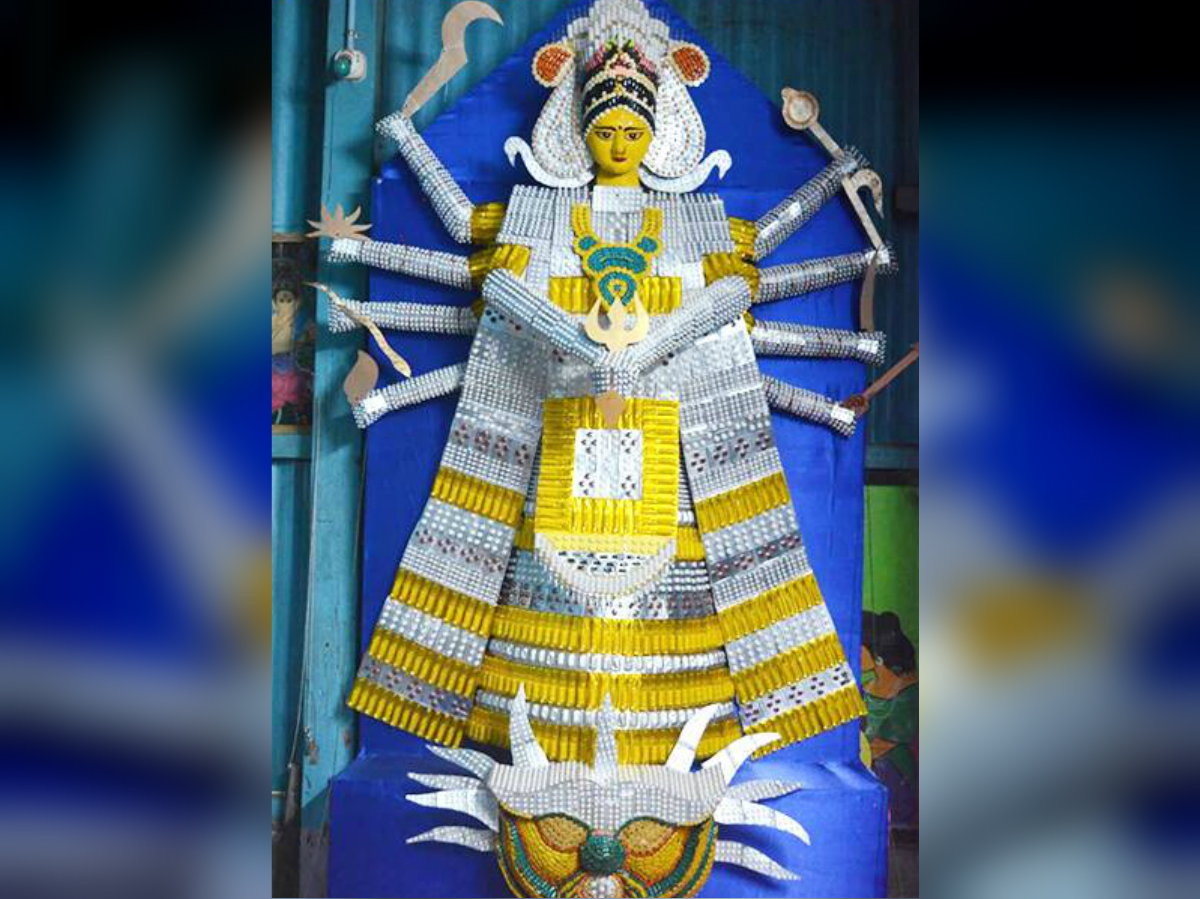 Sanjib works closely with the Disaster Management. He says, I saw medical stores throwing away expired medicines. They were doing this because they were not able to deliver these medicines to the companies during the lockdown. Then I decided that with the help of these medicines and syringes, I will prepare the idol of Maa Durga. 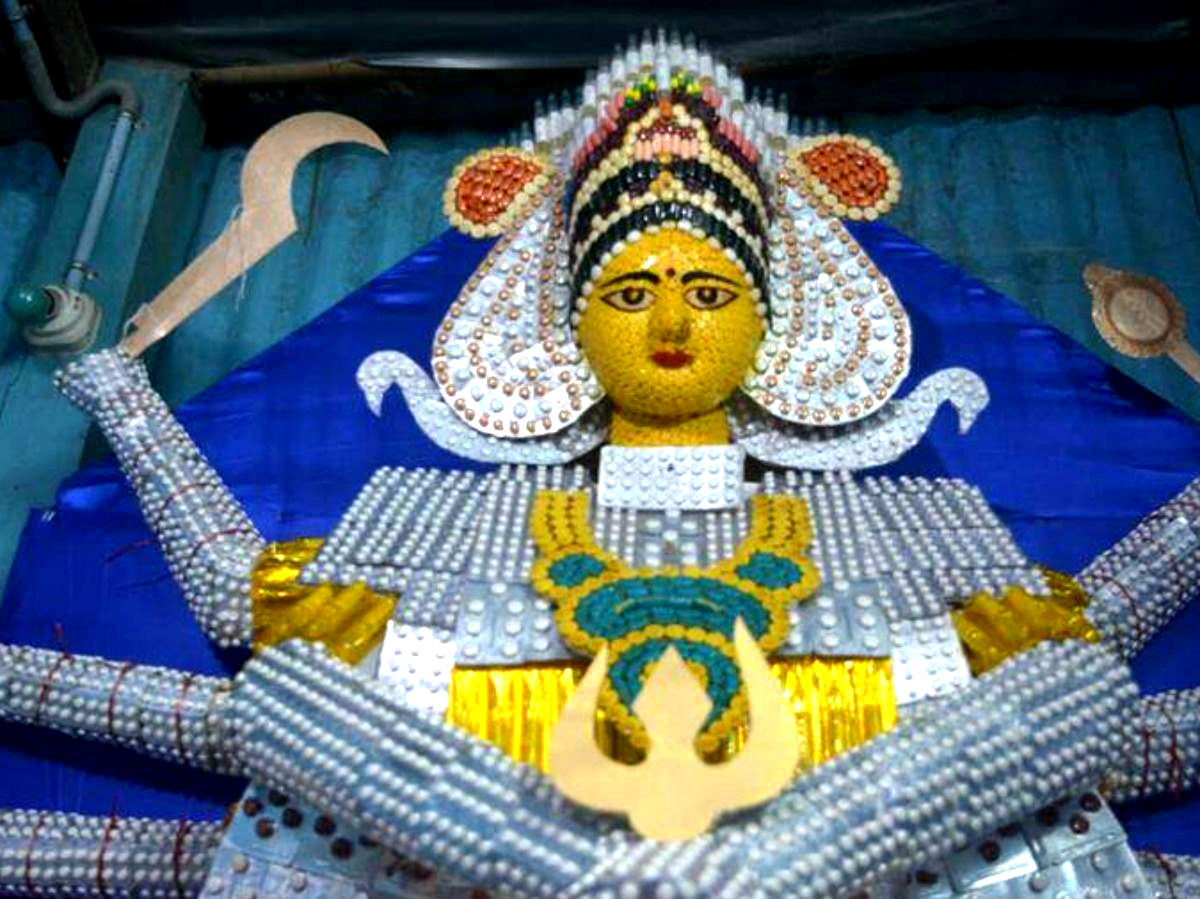 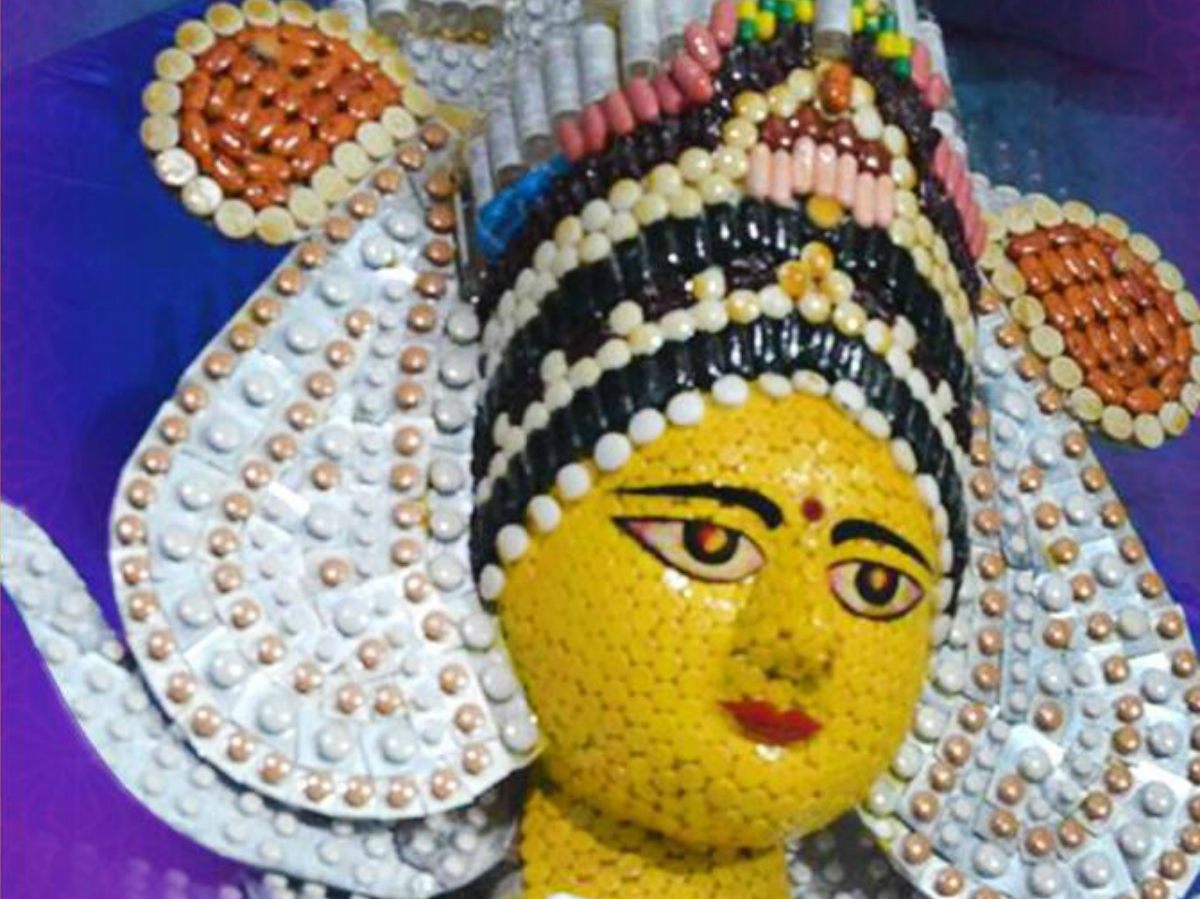 Sanjeeb has won many awards
Sanjib, 37, is a graduate of Arts but was not a professional artist. Gradually he tried to prepare the statue and it became his hobby. Now whenever they get time, they prepare it. In the last 8 years, Sanjib has also received many awards for making different types of idol of Maa Durga. 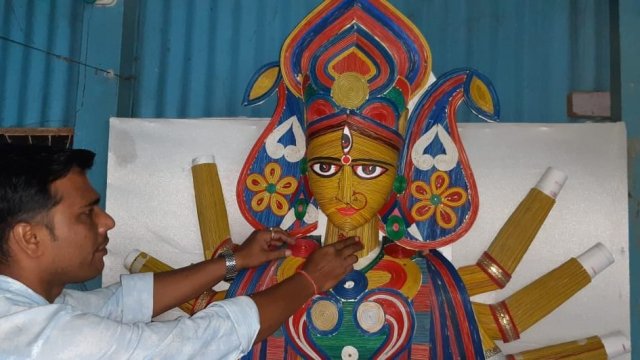 In West Bengal, mother Durga was shown as a doctor and Mahishasura as a corona

Mother Durga is shown under the guise of a doctor in a puja pandal in West Bengal during the coronary and she is seen killing Mahishasura in the form of Coronavirus. Viral pictures of it are becoming viral on social media. The idol has an injection in the form of a trident in the hands of mother Durga, killing the Coronasur. Goddess Durga, wearing a pink sari, is also wearing a white apron of the doctors. A doctors stethoscope hangs around his neck. 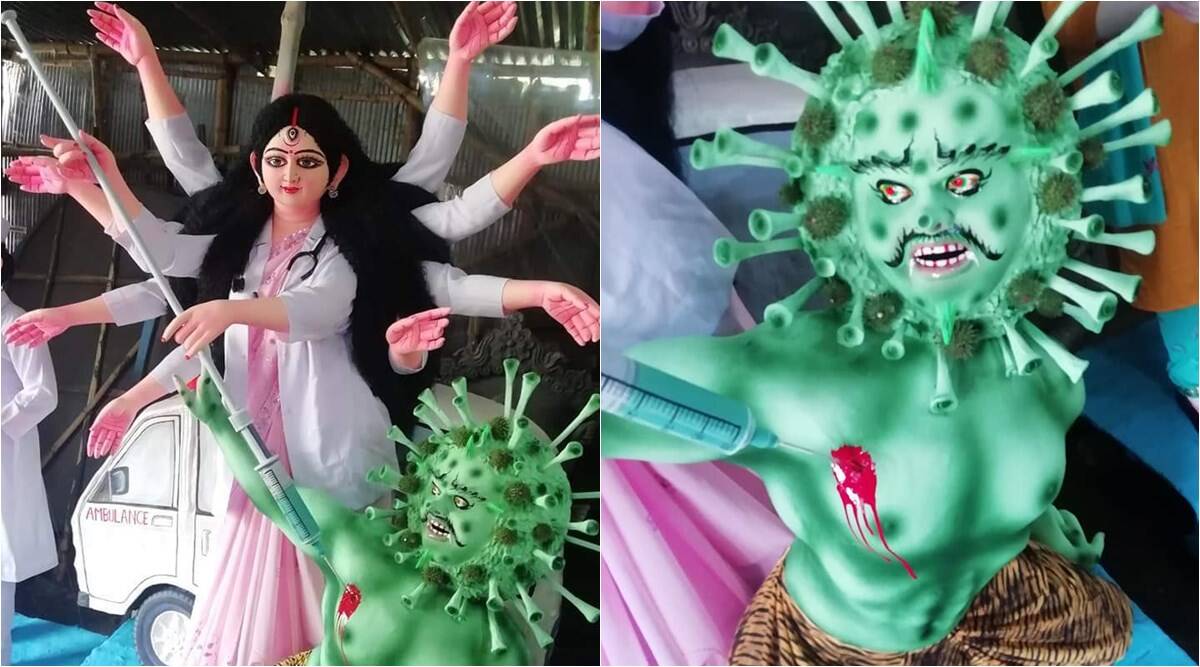 What a beautiful way to show respect to Corona Warriors- Doctors, nurses, policemen, cleaners and ambulance workers. Mahishasur is Corona virus! How creative ❤️
Hope Ma Durga helps us overcome this pandemic and everyone remains safe and healthy 🙏🙏 pic.twitter.com/74EaT9Wuat

Karnataka Industrialist Shrinivas Gupta made wax silicon statue of his late wife madhvi | Made a wax statue in memory of his wife, as well as a home entry into the new house; Wife Madhavi died in car accident in 2017

Fans are demanding a Statue in Tussauds Museum in London, Sukanto made Sushant’s wax statue in Bengal

In a village in Assam, the initiative to save Gouraya, the cardboard-made ghosle started humming

Karthik Aryan asked for money to share a selfie on Mother’s Day, then mother gave a strong reply, said – ‘I will give a kick