Comments Off on Corona in the country: 2-day night curfew in Delhi, ban on celebrating New Year, 45 lakh tourists arrived in Goa for celebrations 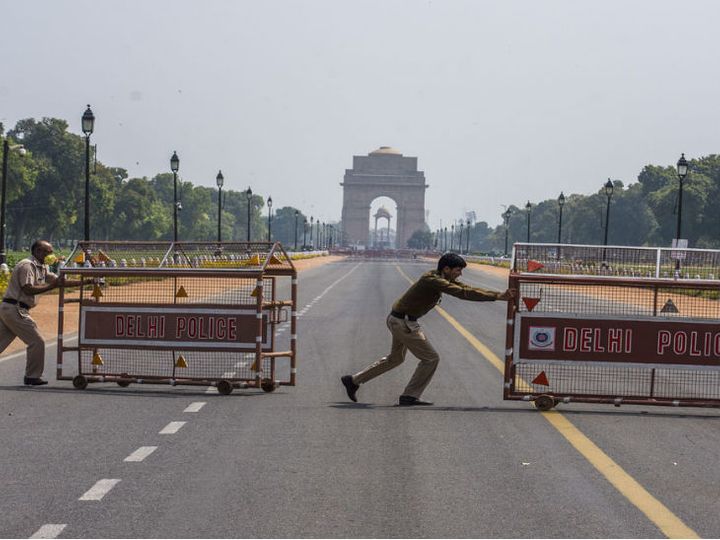 A two-day night curfew has been imposed in New Delhi in anticipation of the Corona Guideline breaking. During this time no more than five people will be able to gather in public places. There will be no celebration of the new year. These restrictions will be in force from 11 am to 6 pm on January 1 and from 11 am to 6 pm on January 2. On the other hand, about 4.5 million people have reached Goa to celebrate the new year.

In the last 24 hours, 21 thousand 944 cases came in the country and 26 thousand 406 patients were cured. 299 infected died. In this way, the number of active cases i.e. patients being treated decreased by 4776. A total of 1.02 crore cases have been reported so far. Of these, 98.59 lakh patients have been cured. 1.48 lakh people have lost their lives due to this epidemic. These figures are taken from covid19india.org. 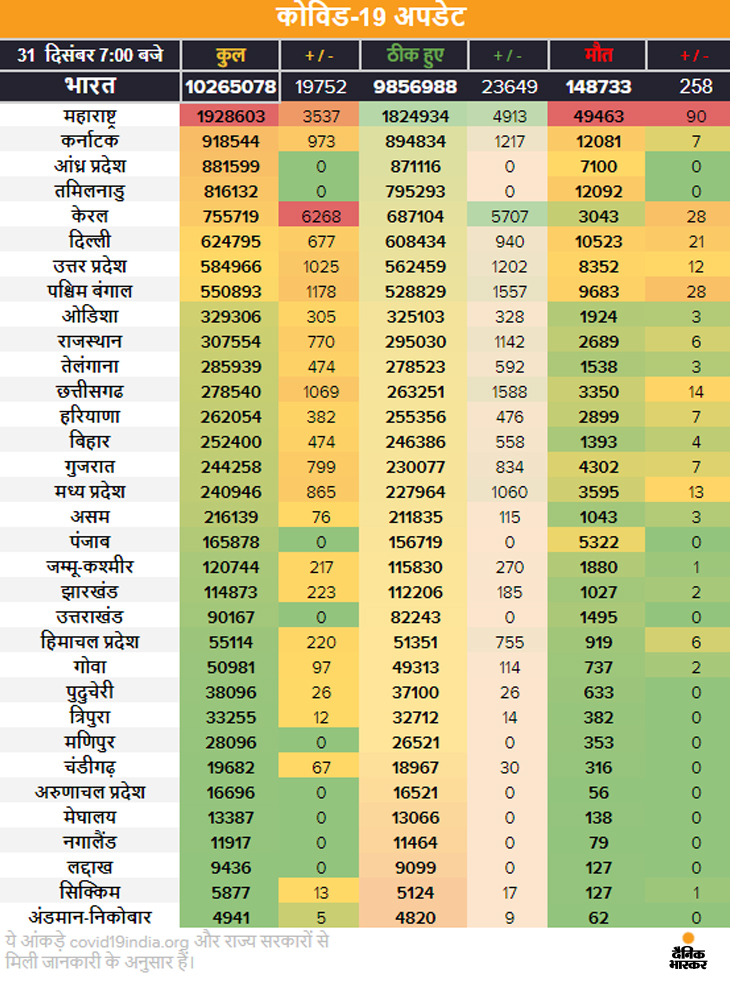 State of 5 states
1. Delhi
On Tuesday, 677 people were found corona infected. 940 people recovered and 21 died. So far, 6.24 lakh cases of infection have been reported. Of these, 6.08 lakh patients have been cured. 10 thousand 523 patients have died, while 5 thousand 838 patients are under treatment.

2. Madhya Pradesh
In the last 24 hours, 865 new infections have been identified here. 1060 patients recovered and 13 died. So far 2.40 lakh cases of corona infection have been reported here. Of these, 2.27 lakh patients have been cured and 3595 have died. Now 9387 infected people are under treatment.

3. Gujarat
Corona report of 799 people came positive on Wednesday. 834 patients recovered and seven died. So far 2.44 lakh cases of infection have been reported. Of these, 2.30 lakh patients have been cured. 4302 have lost their lives, while 9879 are undergoing treatment.

In Corona Country: Night curfew extended to 5 January in 4 districts of Himachal; 66 students and 5 staff member positive at IIT Madras

In Corona Country: No curfew in Punjab from 1 January; Restrictions extended till 31 January in Maharashtra and Jammu and Kashmir