Comments Off on Corona in the country: Health Minister said – there is no need to panic in the new form of Corona found in Britain, the government is alert

Union Health Minister Harsh Vardhan has said that there is no need to panic about the new strain of Coronavirus found in Britain. The government is alert about this. A new strain of Corona virus has been found in the UK, VUI-202012/01, which is said to be very contagious. Many countries have already closed flights to the UK.

Only 1460 active cases were reduced in last 24 hours, this is the lowest in last 22 days

The pace of reduction of active cases in the country was slow on Sunday. 24 thousand 589 new cases came, 25 thousand 709 patients were cured and 330 died. In this way the active case was reduced by only 1460. This is the lowest since November 28. Then only 965 active cases were reduced. 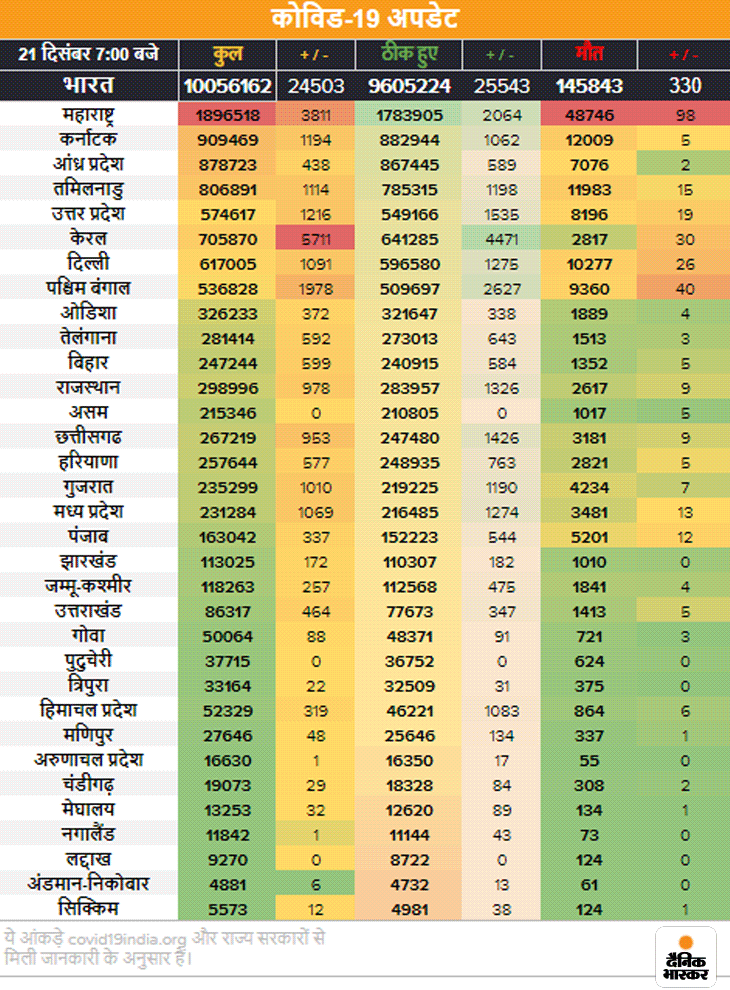 Vaccine may start in India in January

Union Health Minister Dr. Harsh Vardhan said on Sunday, “I personally feel that the first dose of vaccine will be given in any week of January. We have reached this position. However, our first priority is to have the vaccine safe and effective. We cannot compromise with it in any way. ‘ 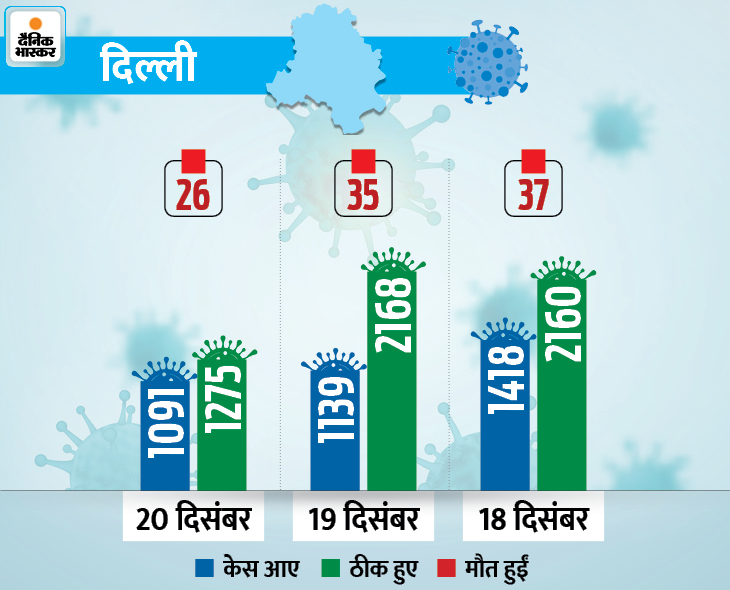 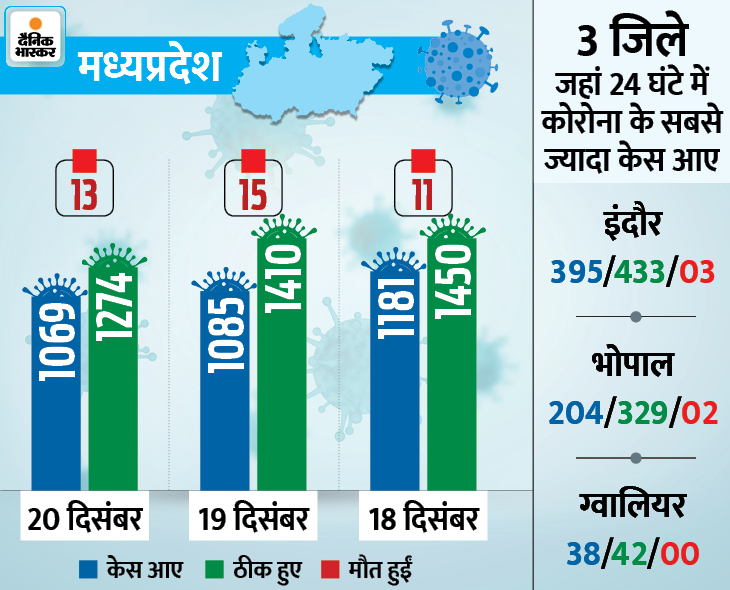 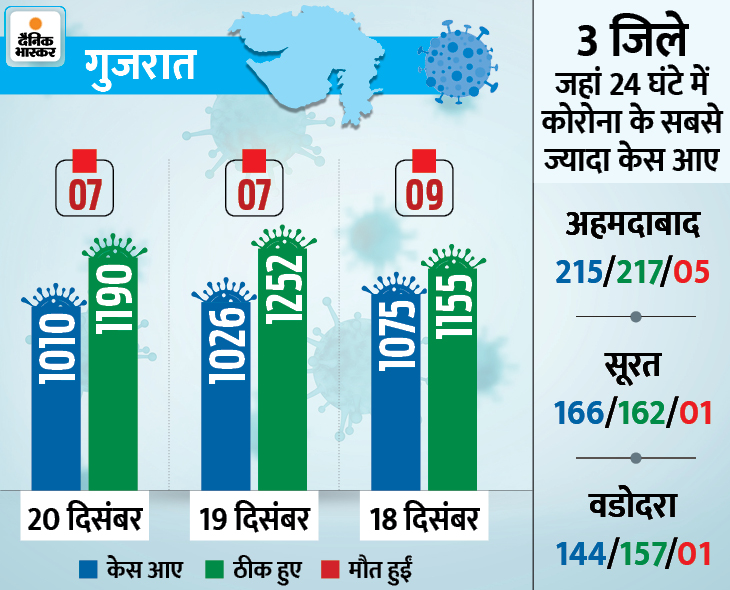 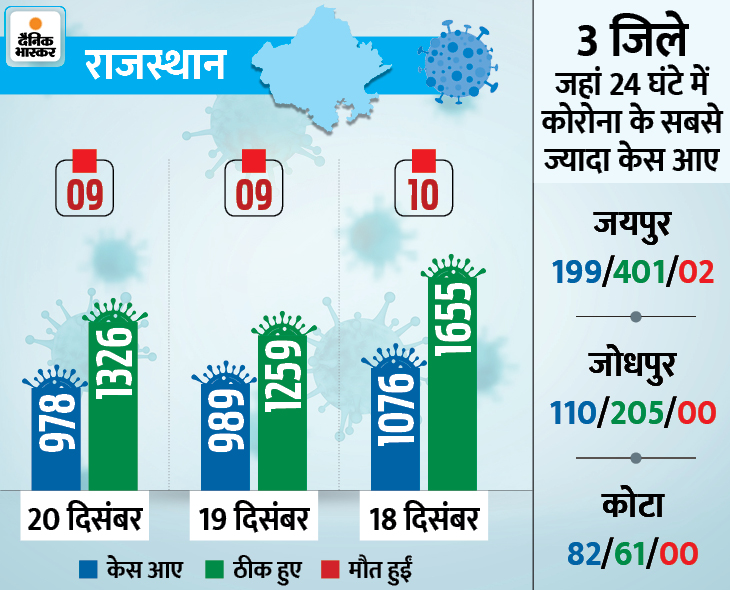 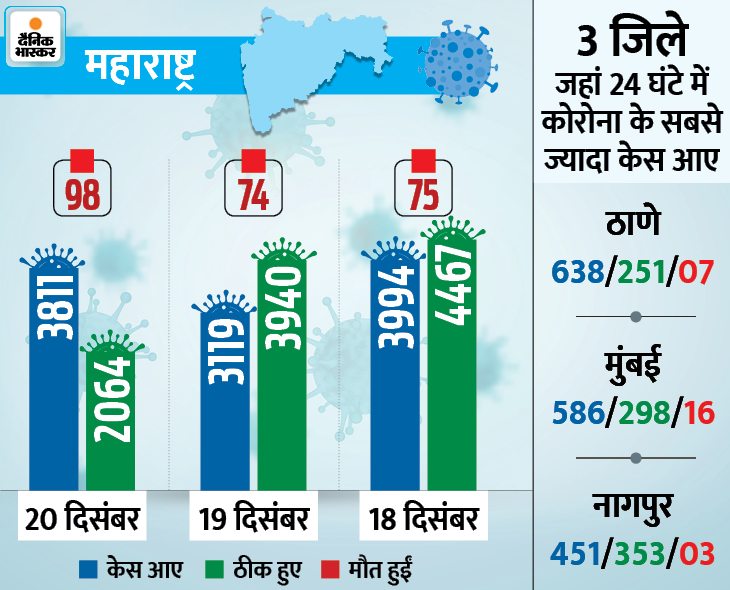 Corona in the country: 72 students of 12 schools in Haryana infected, state government said – now all schools will have corona test

Recovery in India faster than top 5 infected countries; Health Minister said – Community transmission in some parts of the country; More than 75 lakh cases