In Corona Country: Good news from Mumbai, not a single case of infection came in Dharavi for the first time ever, this area was a hot spot.

Comments Off on In Corona Country: Good news from Mumbai, not a single case of infection came in Dharavi for the first time ever, this area was a hot spot.

No new corona patients were found on Friday in Dharavi, Mumbai’s suburb and Asia’s largest slum. The first case came here on 1 April. This is the first time since then. In this area with a population of more than 10 lakhs, a sudden increase in the corona case was recorded in a single month. About 100 cases were coming every day. At one time, the total infectious population had crossed 3000. The cases were controlled in July here for increasing testing and strictness. The World Health Organization (WHO) was also praised for its methods of dealing with Corona here.

Returning to Goa from Britain will also have to be negatively reported
The government is wary of two new variants of Corona found in Britain. Goa Chief Minister Pramod Sawant has said that those coming to Goa from Britain will be kept in isolation for some days even after getting a negative report. Meanwhile, 10 people who returned from Britain in Karnataka have been found positive. They have been sent to their sample research center to find out if they are infected with the new strain. State Health Minister K Sudhakar gave this information on Friday.

On the other hand, a person returned from Britain in Assam has also been found corona infected. His sample has been sent to the National Institute of Virology, Pune for examination. Health Minister Hemant Biswa Sarma gave this information. 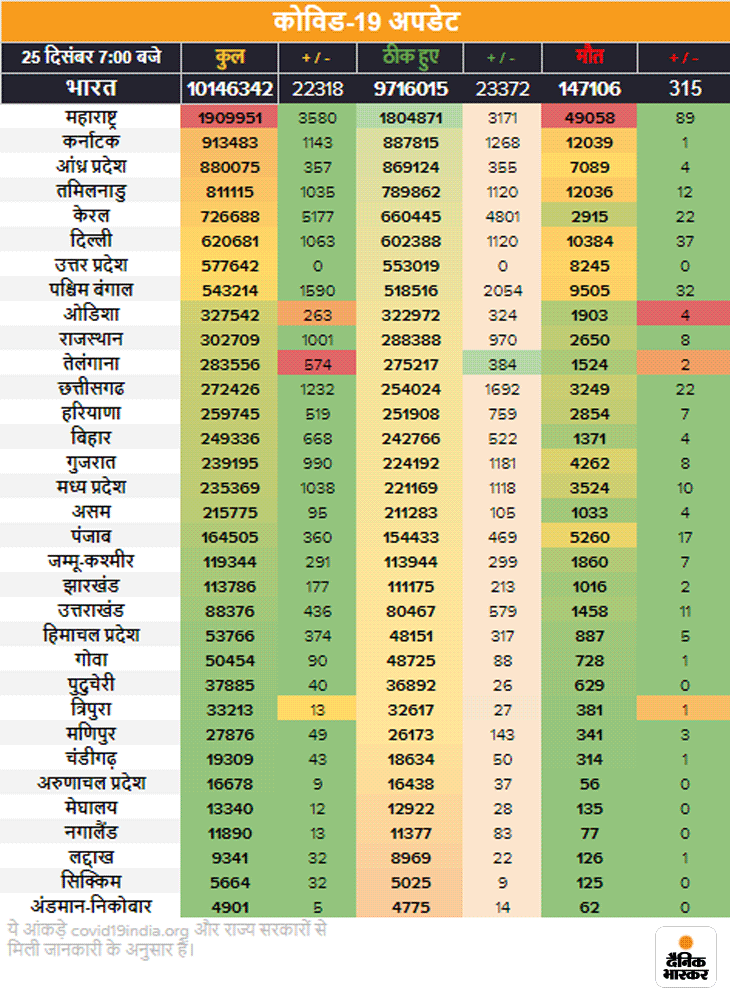 Famous Urdu poet Shamsur Rahman Farooqui died in Allahabad on Friday. The 85-year-old Farooqui recovered from Corona a month earlier. Farooqui, who was awarded the Padma Shri, was discharged from the hospital in Delhi on 23 November. He was admitted here after being corona infected.

His nephew Mahmood Farooqui said that while living in Delhi, he insisted on going to his home in Allahabad. We arrived here in the morning with them. Half an hour after coming home, he said goodbye to the world.

Born on 30 September 1935, Farooqui has the credit of reviving Dastangoi. Dastangoi is a way of telling the 16th century Urdu story. He kept writing compositions in Urdu for 50 years. These include Ghalib Afsane’s advocacy in 1989, I Mirror of Beauty (Many Chand Thi Sar-e-Aakash) in 2006 and The Sun Rose from the Earth, written in 2014. She also received the Saraswati Award in 1996. 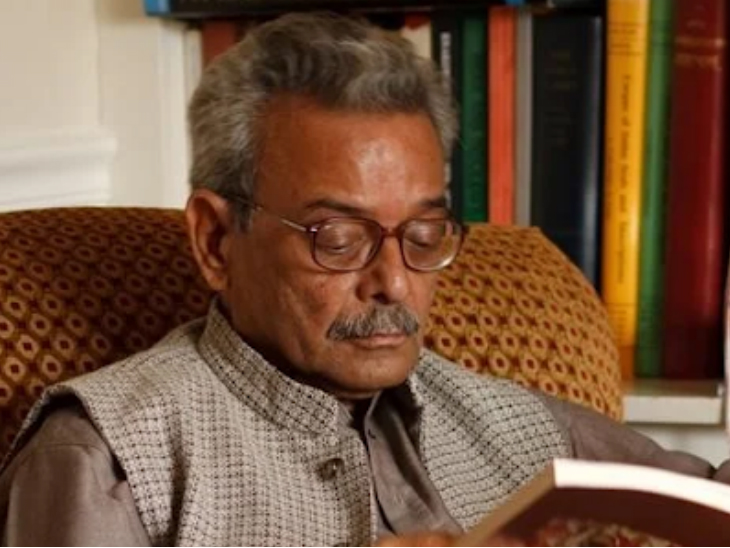 The famous Urdu poet Shamsur Rahman Farooqui was born on 30 September 1935. He breathed his last at the age of 85. (File photo) 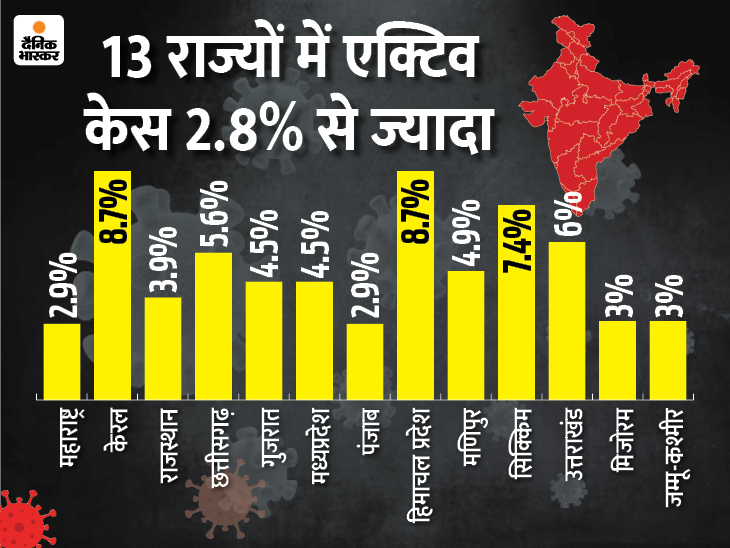 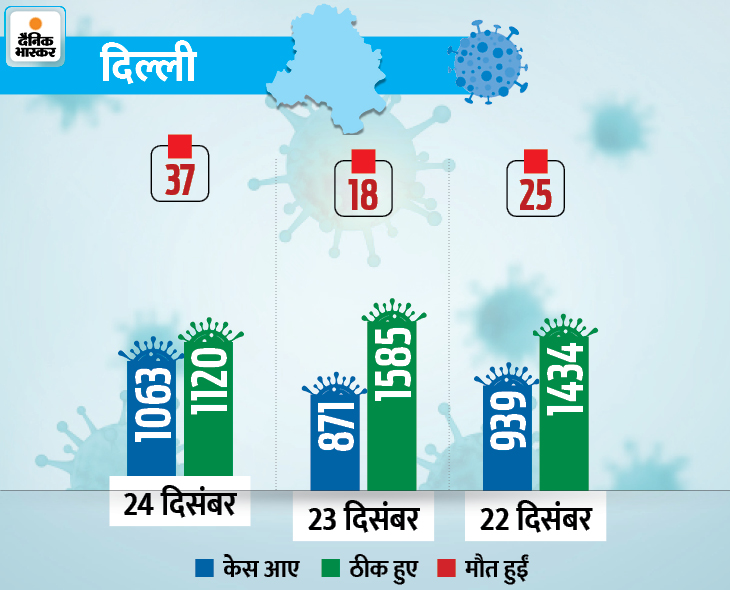 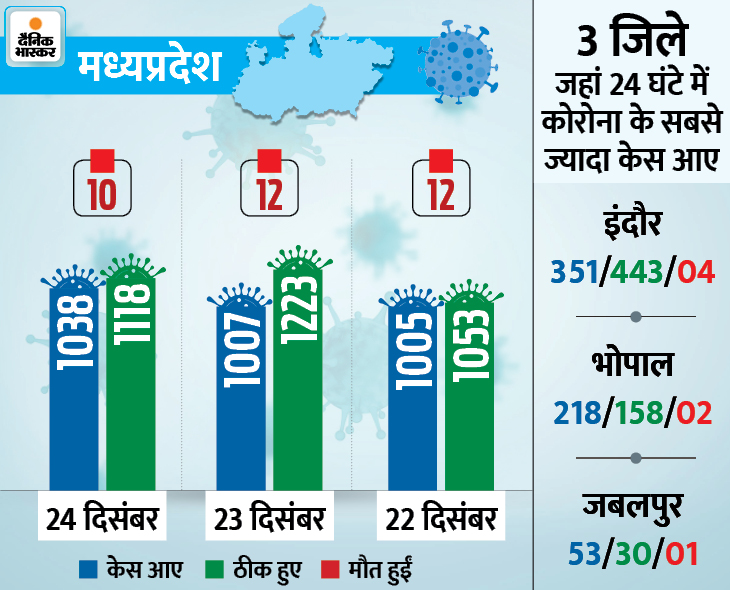 3. Gujarat
910 corona infects were identified here on Friday. 1114 recovered and six died. A total of 2.40 lakh cases have been reported so far. Of these, 2.25 lakh patients have been cured, 4268 patients have lost their lives due to this epidemic, while 10 thousand 531 are undergoing treatment. 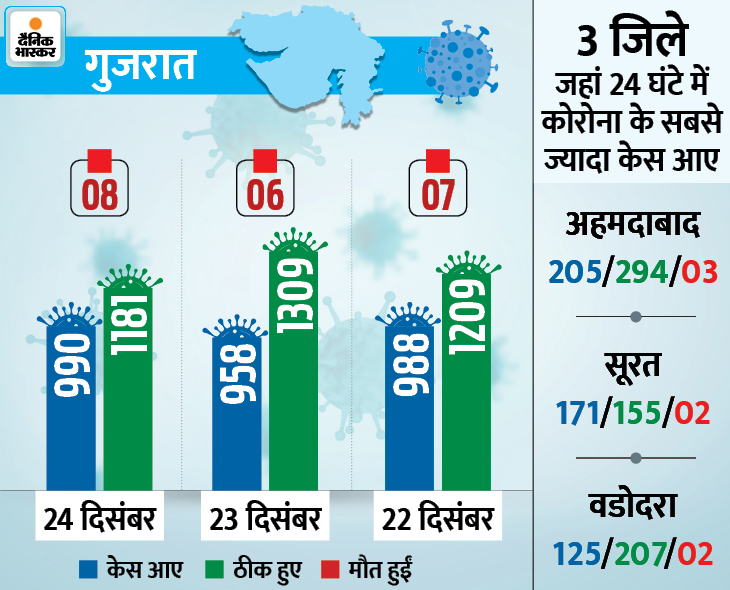 4. Rajasthan
On Friday, 1023 new infections were identified. 987 patients recovered and seven died. So far, 3.03 lakh cases have been reported in the state. Of these, 2.89 lakh patients have been cured, 2657 infected people have died, while 11 thousand 700 are undergoing treatment. 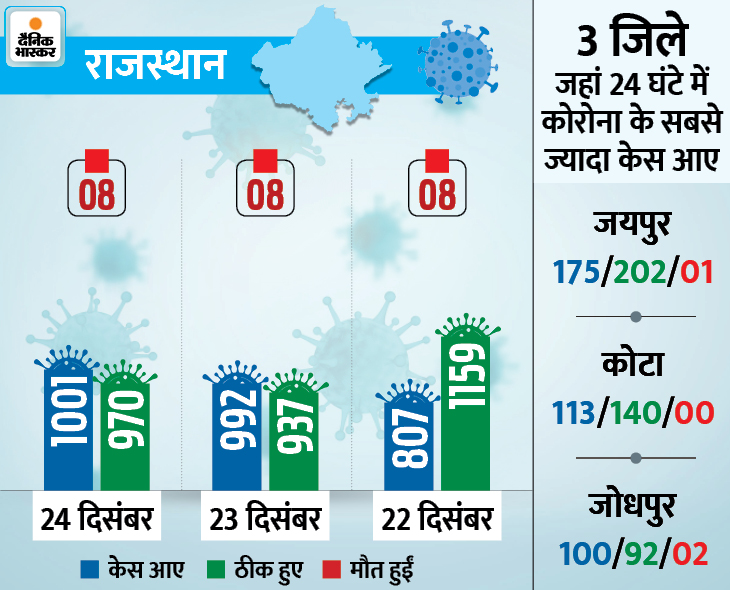 5. Maharashtra
On Thursday, 3580 new Corona positive were found in the state. 3171 patients recovered and 89 died. So far 19.09 lakh cases have been reported. Of these, 18.04 lakh patients have been cured, 49 thousand 89 have died, while 54 thousand 891 patients are undergoing treatment. 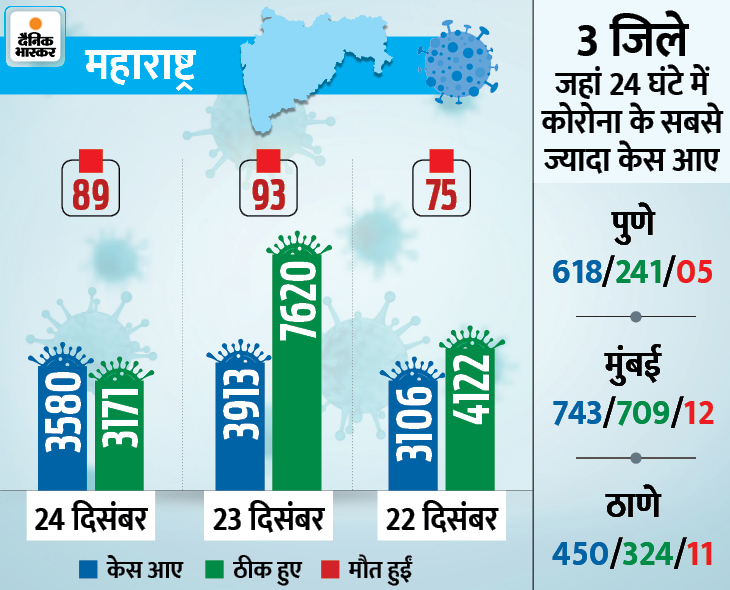