In Corona Country: two reports of relief; No deaths from infection in 24 states — UT in 24 hours; Positivity rate also decreased to 5.79%

Comments Off on In Corona Country: two reports of relief; No deaths from infection in 24 states — UT in 24 hours; Positivity rate also decreased to 5.79% 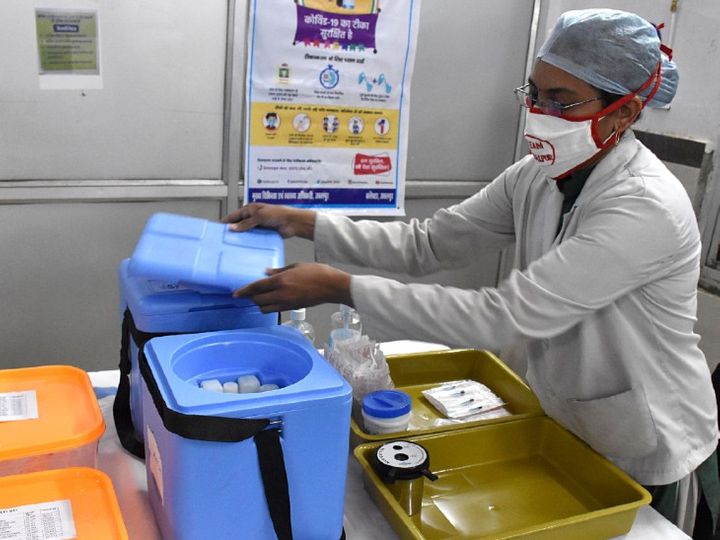 The photo is of Victoria Hospital in Madhya Pradesh. Here, the health worker keeps the vaccine in an ice bag during the vaccine dry run.

Vaccination will start in the country from January 16. There is another good news with this. After a long time on Friday, there were no deaths from corona in 11 states and union territories. It includes large states and union territories like Rajasthan, Assam, Goa, Puducherry, Manipur, Arunachal Pradesh, Ladakh, Sikkim, Andaman and Nicobar, Mizoram, Dadar and Nagar Haveli.

Meanwhile, the Ministry of Health and Family Welfare reported on Saturday that the corona virus’s positivity rate has declined further in the country. Now the active cases in the country remain at just 2.15%. In the last five months, the positivity rate has come down from 8.93% to 5.79%. Meanwhile, the number of people infected with Britain’s new strains in India has risen to 90.

The positivity rate in the 15 states / union territories of the country is lower than the national average. This is the lowest in Bihar at 1.44%. The positivity rate in Jammu and Kashmir is 5.58%. This list includes Uttar Pradesh, Mizoram, Jharkhand, Gujarat, Daman and Diu, Assam, Punjab, Andaman and Nicobar Islands, Odisha, Telangana, Uttarakhand, Madhya Pradesh and Meghalaya. 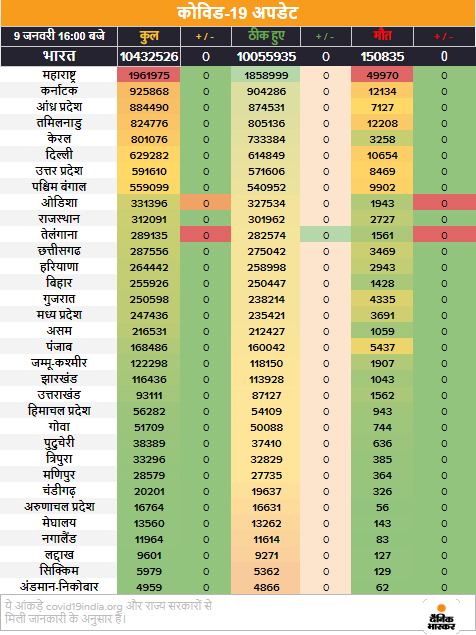 Now less than a quarter of a million cases

There are currently two lakh 24 thousand 190 active cases in the country. These constitute only 2.15% of the total positive cases. It has been told by the ministry that the difference between the Recover and Active Cases is constantly increasing. So far, one crore 56 thousand 651 patients have been recovered.

Maharashtra is the most affected state

In the last 24 hours, 18 thousand 222 new cases of corona have been reported in the country. At the same time, there have been 228 deaths. With this, the total number of patients has gone up to 1 crore 4 lakh 31 thousand 639. The number of people who died so far has been one lakh 50 thousand 798. The Ministry of Health and Family Welfare gave this information on Saturday.

Maharashtra remains the most affected state in the country. Meanwhile, the government plans to start vaccination after two vaccines are approved. About 300 million people will be vaccinated in the first phase.

The Corona report of 444 people came positive on Friday. 823 people recovered and 10 died. So far, 6 lakh 29 thousand 282 people have been infected. Out of these 6 lakh 14 thousand 849 people have been cured. 10 thousand 654 patients have died. There are 3779 patients who are undergoing treatment. 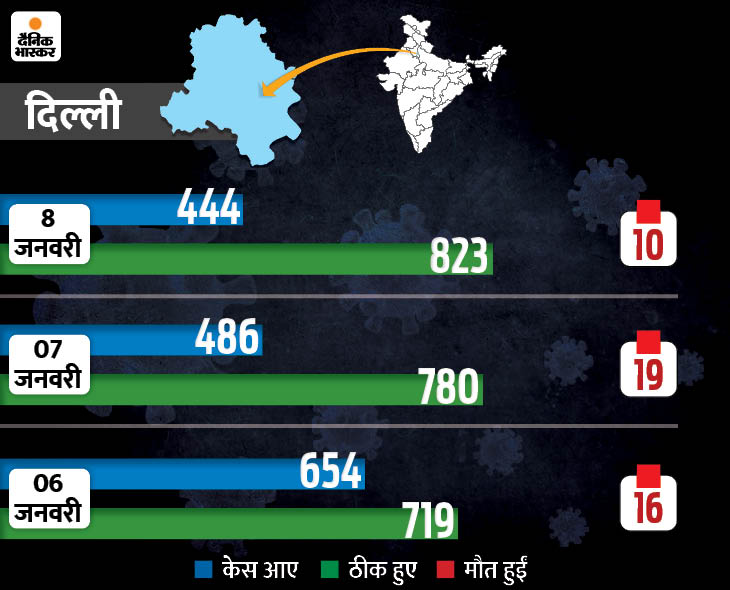 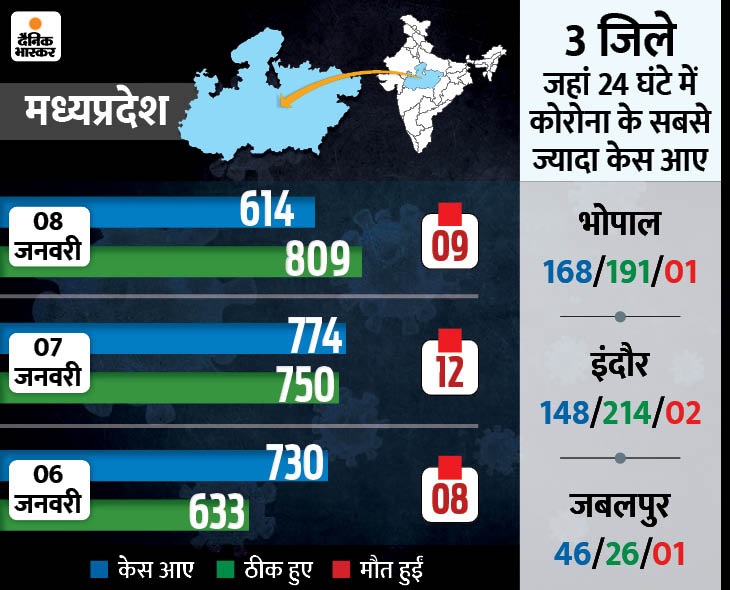 On Friday, 685 people were found infected in the state. 892 people recovered and 3 died. So far, 2 lakh 50 thousand 598 people have been infected. Of these, 2 lakh 38 thousand 214 people have been cured, while 4335 patients have died. There are 8049 patients who are undergoing treatment. 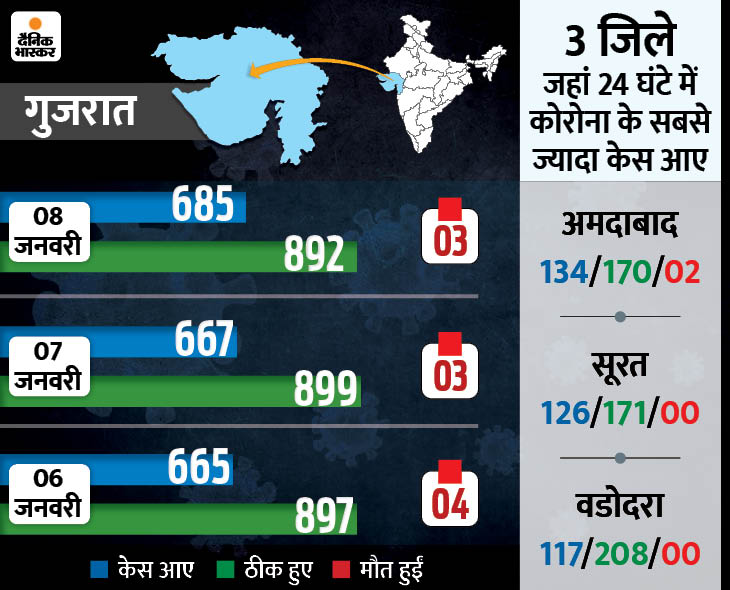 471 people in the state were found to be corona infected within the last 24 hours. 537 people recovered. So far, 3 lakh 12 thousand 91 people have been affected by the infection here. Of these, 3 lakh 1 thousand 962 people have been cured, while 2727 patients have died. There are 7402 patients who are undergoing treatment. 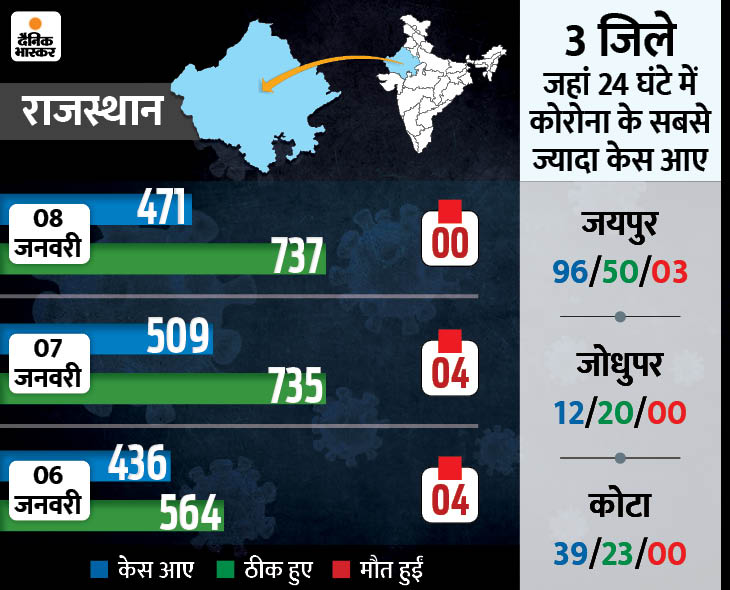 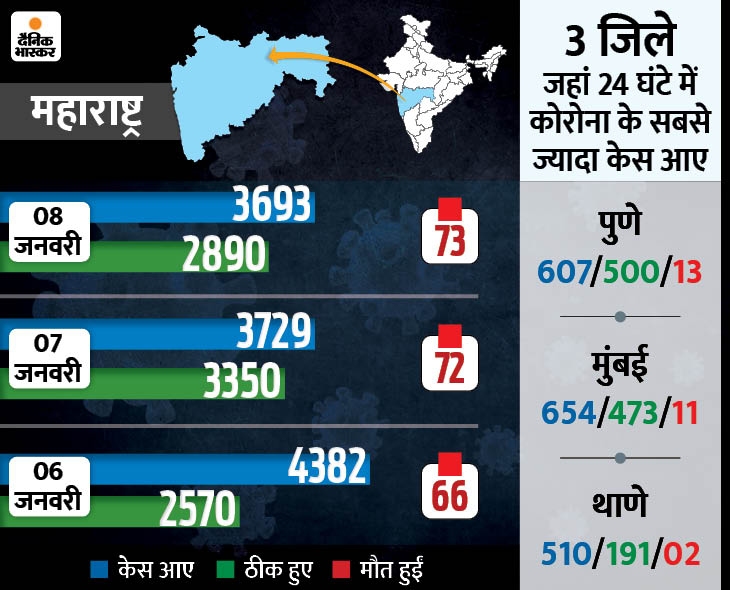 In Corona Country: Patients figure over 98 lakhs; 4 states including Maharashtra have more than 10% positivity rate