The photo is from Delhi. Health workers collecting sample of corona test here.

Vande India flights for UK also banned
Due to new strains of Coronavirus in Britain, the Indian government has also banned flights to Vanda India going there. The Aviation Department has issued an order for this.

Death rate below 20% of the national average in 20 states
The death rate due to corona in 20 of the 28 states and eight union territories of the country has fallen below the national average of 1.4%. Punjab tops the table with 3.2%. Maharashtra is at second place with 2.6%. Lakshadweep is the only union territory where no cases have been reported. 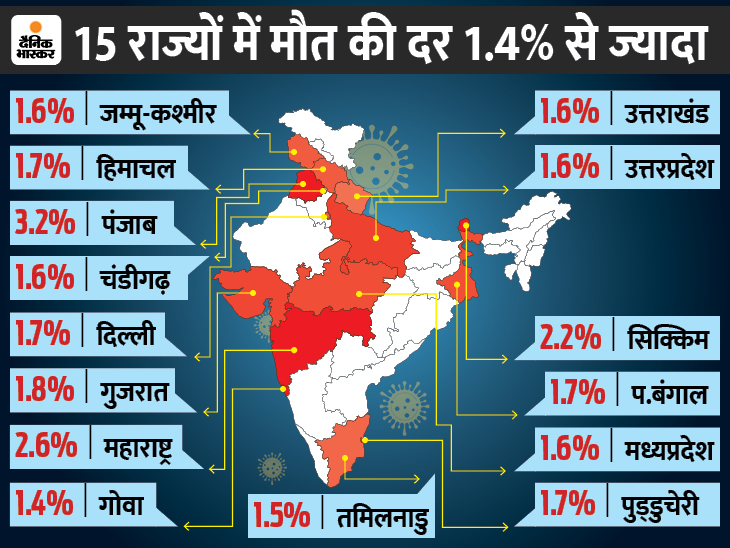 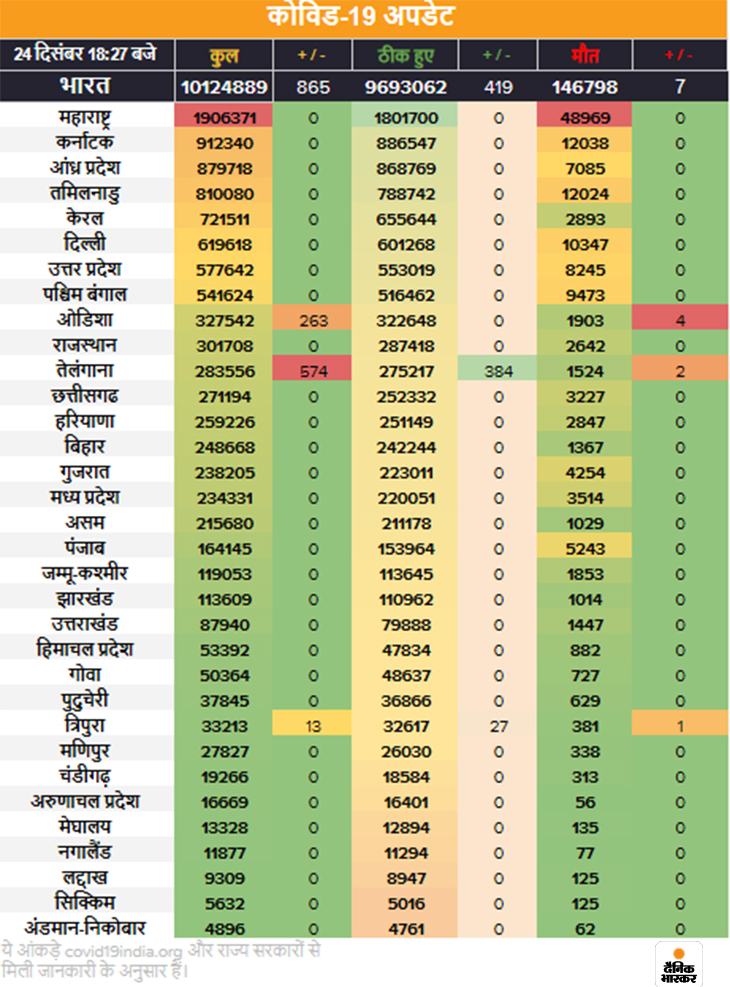 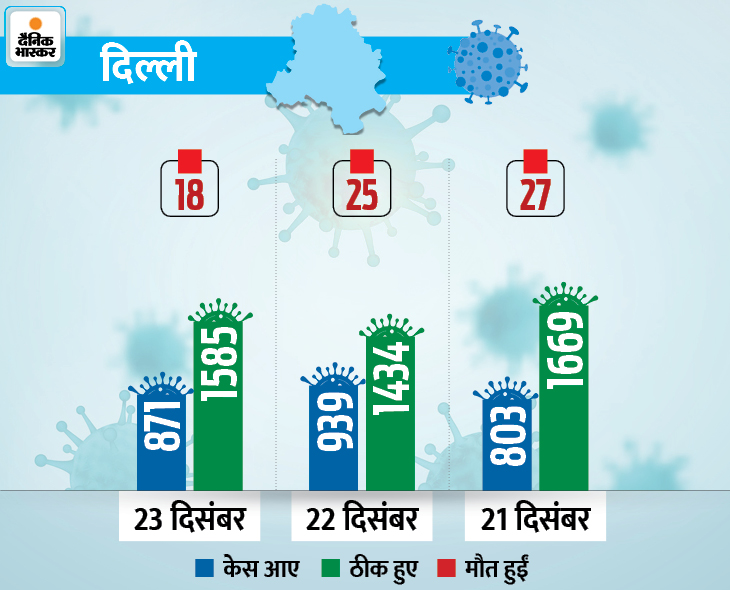 2. Madhya Pradesh
On Wednesday, 1007 people were found corona positive in the state. 1223 people recovered and 12 died. So far 2.34 lakh people have been infected. Of these, 2.20 lakh people have been cured, while 3514 have died. There are 10 thousand 766 patients who are undergoing treatment. 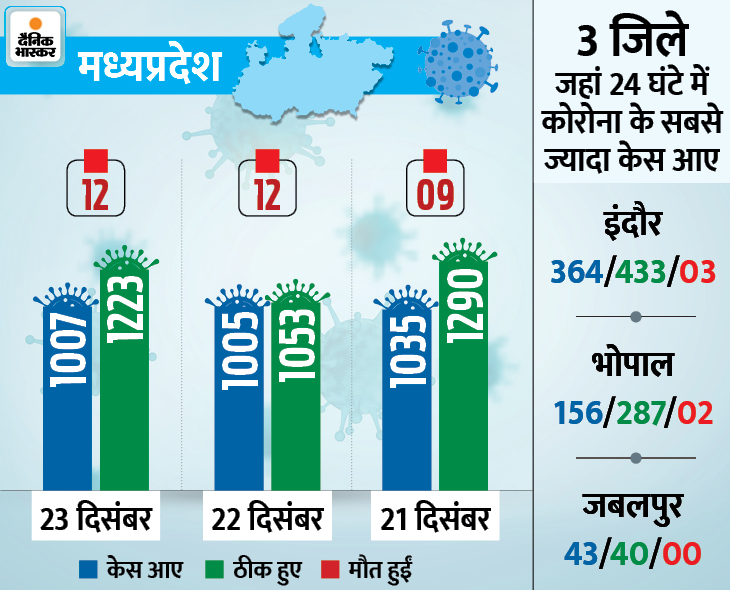 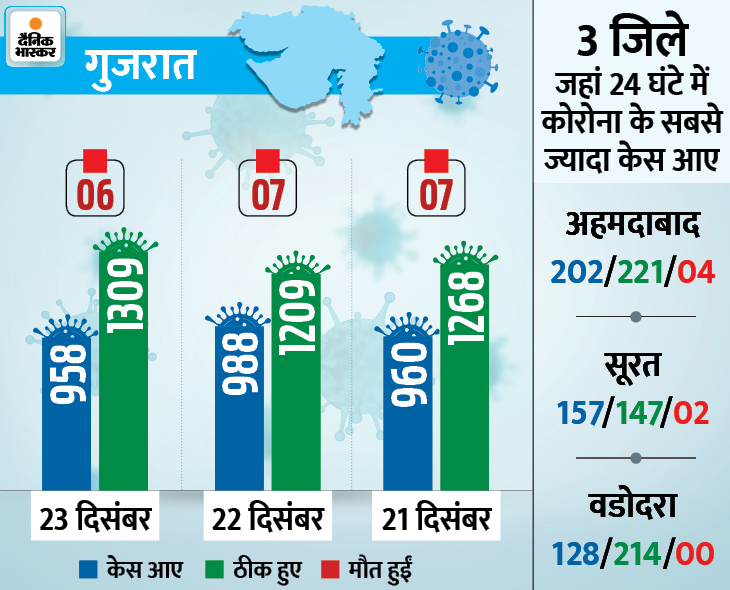 On Thursday, 1001 people were found corona infected in the state. 970 people recovered and 8 died. So far, 3 lakh 2 thousand 709 people have been infected. Of these, 11 thousand 671 patients are being treated, while 2 lakh 88 thousand 388 people have been cured. The number of people who lost their lives to infection is now 2650. 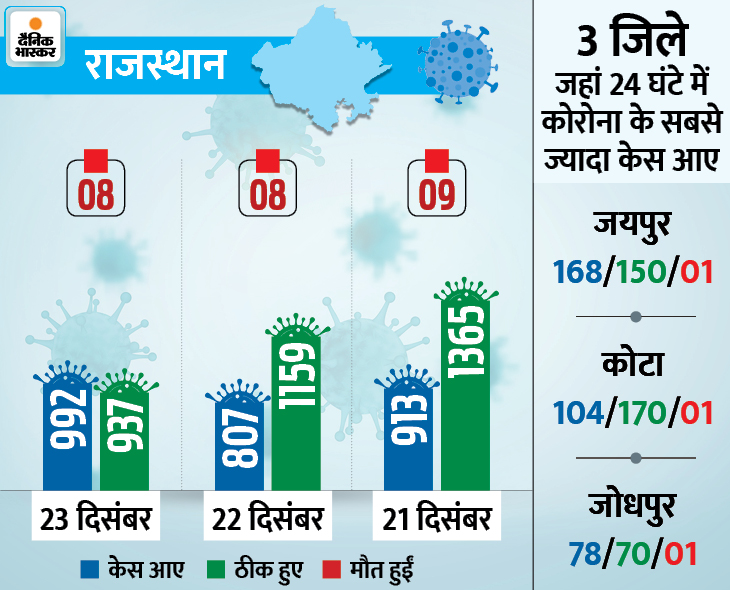 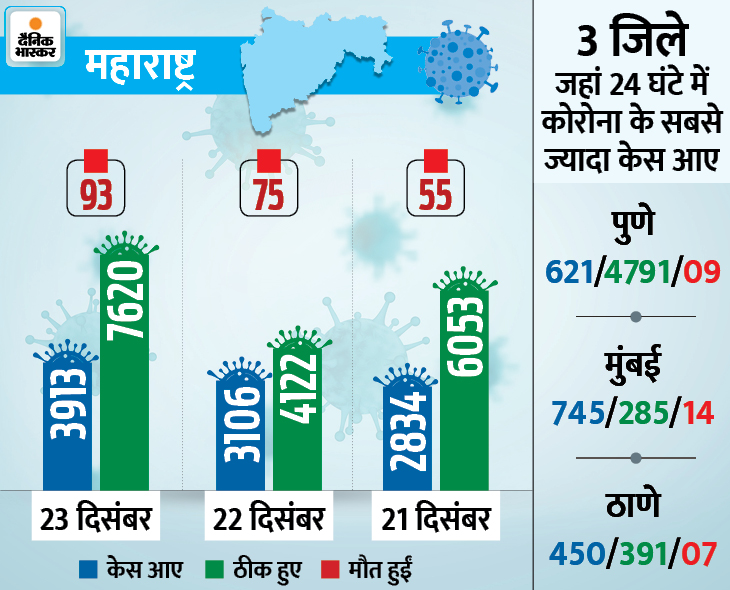