Comments Off on More than 90% of patients were cured in 9 states and 4 union territories; This is more than the national average; 74.34 lakh cases so far

Corona figures are constantly coming to the country to give relief. On Friday, 62 thousand 104 cases were received and 70 thousand 386 patients were cured. 839 died. Active cases have come down to less than eight lakhs. Now a total of 7 lakh 94 thousand patients are being treated in the country. More than 90% of patients have been cured in nine states and four union territories, which is more than the national average of 87.8%. In the rest of the states too, this figure is around or above 80%. 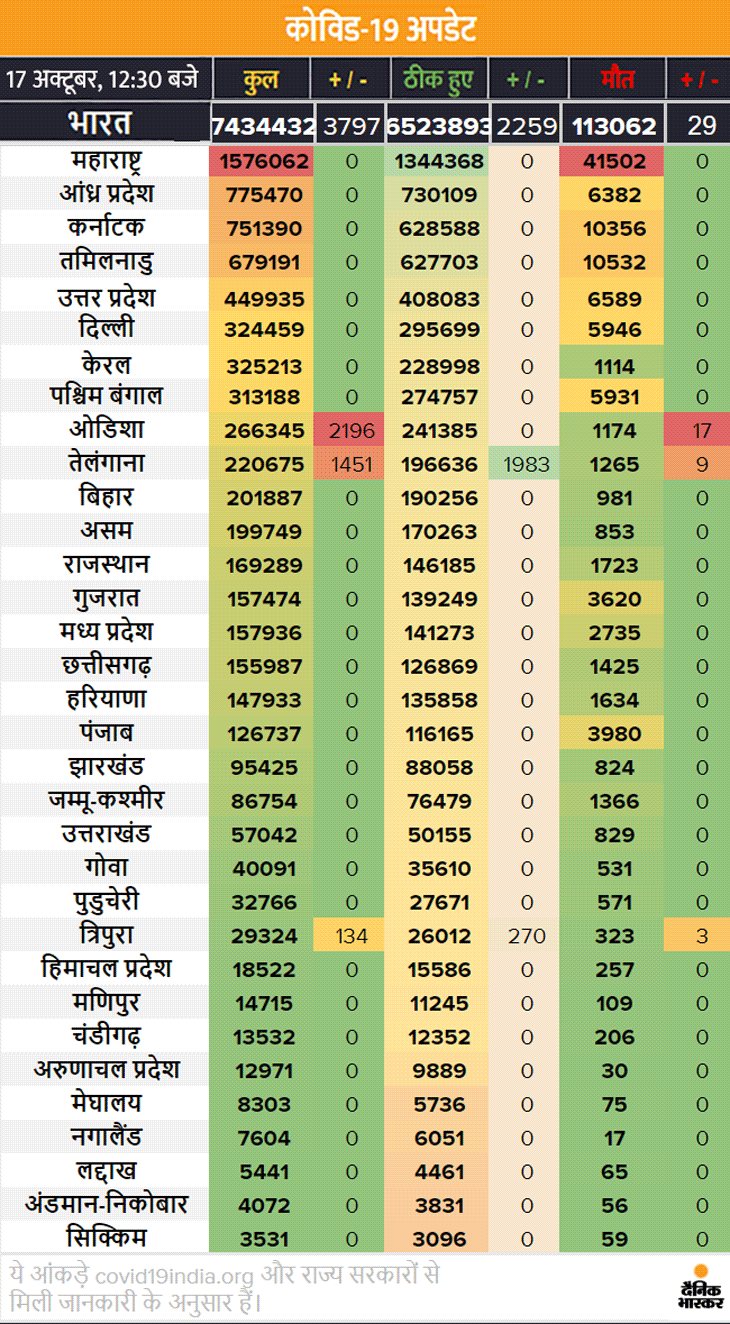 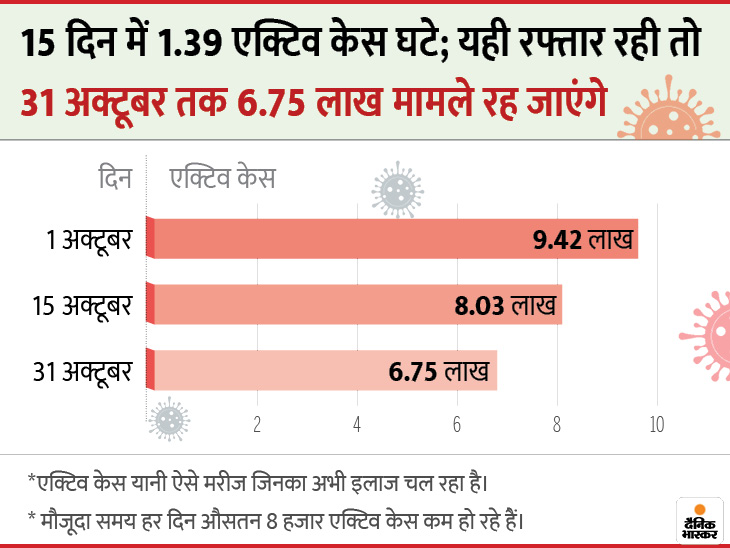 State of five states
1. Madhya Pradesh
On Friday, 1352 people were found infected in the state and 1556 people recovered and went home. 25 patients succumbed during treatment. So far, 1 lakh 57 thousand 936 people have become corona positive. Of these, 13 thousand 928 patients are currently being treated, while 1 lakh 41 thousand 273 people have been cured. So far 2735 patients have died due to infection. The number of testing has also increased to 2.53 million. 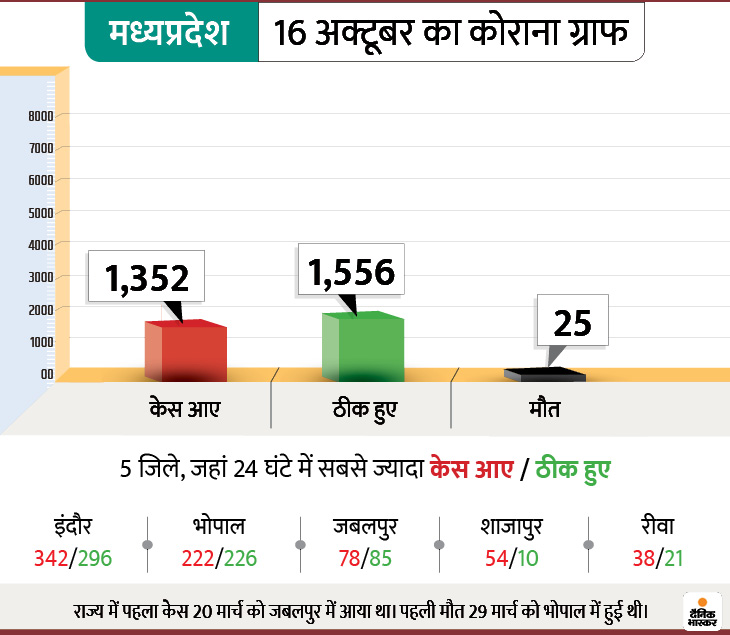 2. Rajasthan
On Friday, 2010 new cases were reported in the state. 2201 people were recovered and 15 patients died. So far 1 lakh 69 thousand 289 people have been infected. Of these, 21 thousand 381 patients are currently being treated, while 1 lakh 46 thousand 185 people have been cured. 1723 people have lost their lives from Corona. 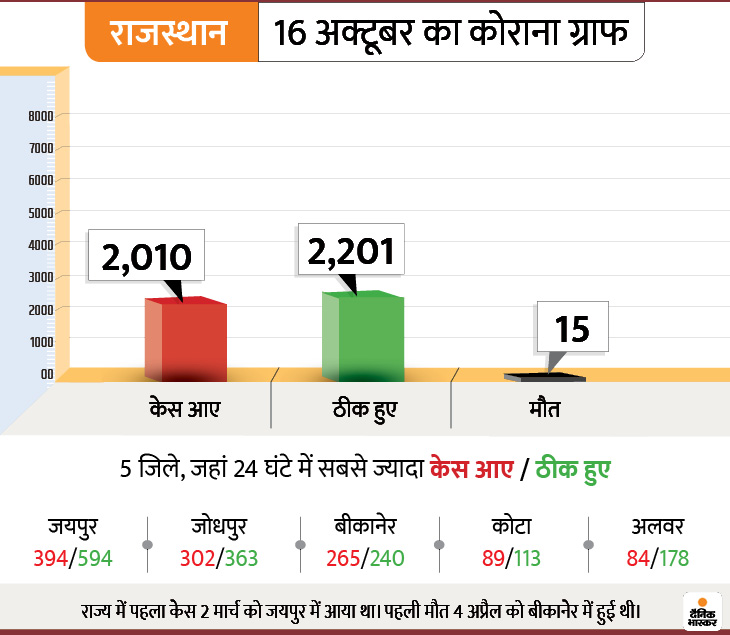 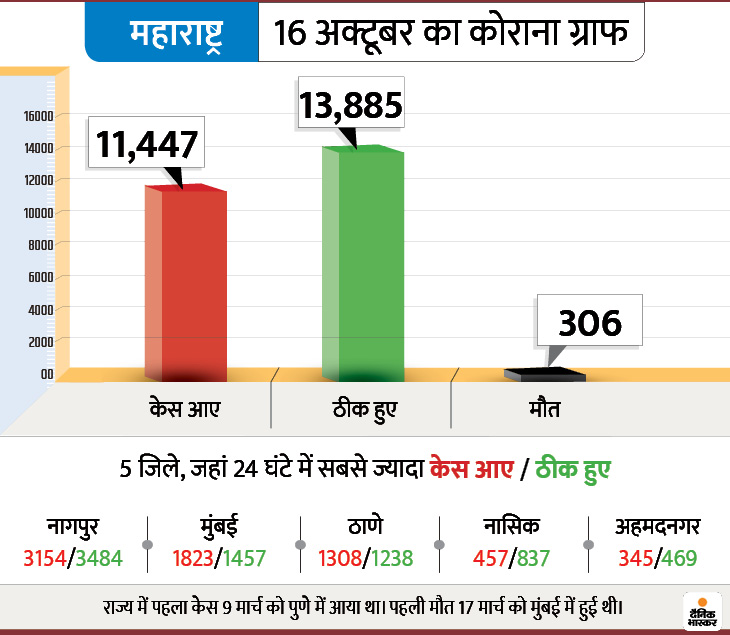 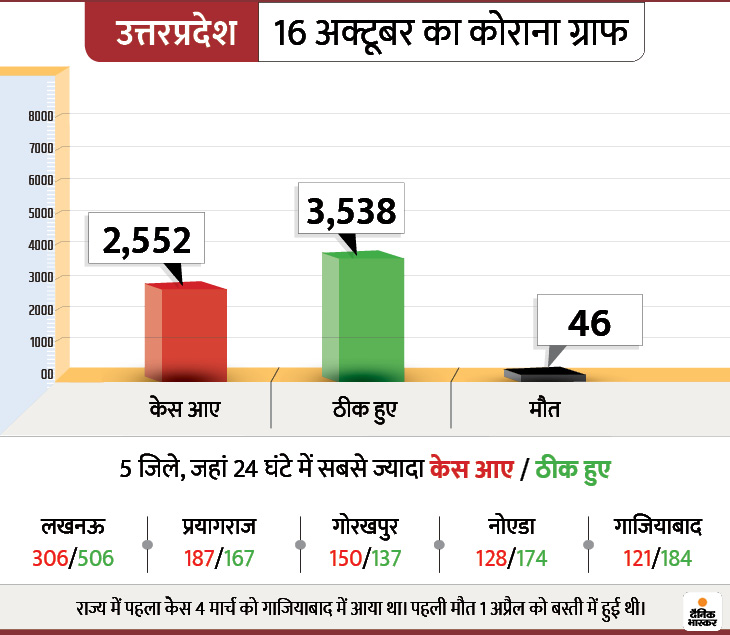 7 States and Union Territories recover more than 75% of patients recovering, Chandigarh tops; 6.74 lakh cases in the country so far