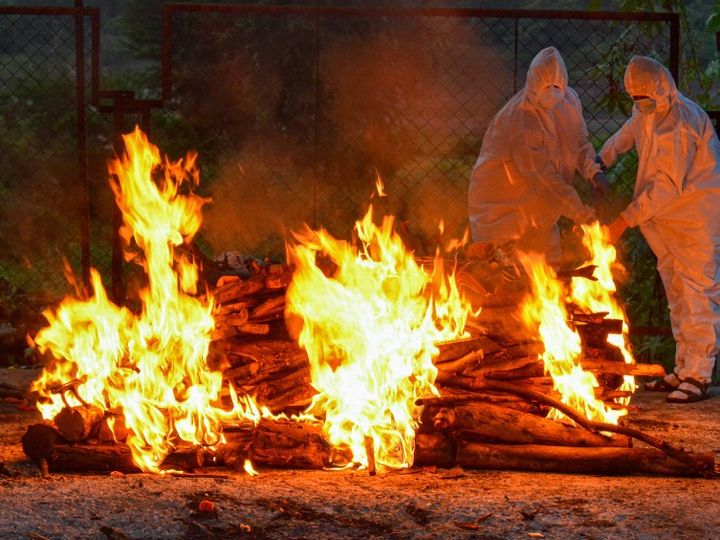 The photo is from Karad in Maharashtra. Family and health workers performing the last rites of patients who lost their lives here from Corona. So far, more than 38 thousand people have died in Maharashtra.

The number of corona patients in the country has crossed 67 lakh. So far 67 lakh 54 thousand 179 people have been infected. 71 thousand 869 new cases increased within 24 hours. It is a matter of relief that 57 lakh 41 thousand 153 people have been cured so far. On Tuesday, 81 thousand 945 people recovered and went to their home.

Currently, 9 lakh 7 thousand 379 patients are being treated. The active case has reached the lowest level in the last 30 days. This is a good sign for the country. So far 1 lakh 4 thousand 591 people have died due to infection.

Meanwhile, the Indian Council of Medical Research (ICMR) said that plasma therapy is not effective in reducing death rates. ICMR director Balaram Bhargava said the study found that deaths could not be prevented with plasma therapy.
48% of deaths occurred in 25 districts of the country

The Union Health Ministry said that so far 48% of patients have died in 25 districts across 8 states due to infection in the country. Of these, 15 districts are from Maharashtra. Two are Karnataka, 2 West Bengal, 2 Gujarat, 1-1 districts of Punjab, Uttar Pradesh, Andhra Pradesh and Tamil Nadu. Meaning that the most impact of deaths from Corona has been seen in these districts. The central government has asked all states to try to reduce the death rate to less than 1%.

Union Health Secretary Rajesh Bhushan gave this information in a press conference on Tuesday. He informed that there are 10 states including Maharashtra, Karnataka, Kerala, Andhra Pradesh, Uttar Pradesh, Tamil Nadu where 77% of the total active cases are there. There are also 3 states in which 50% are active cases. Active cases have been declining continuously for the past two weeks. This is a good sign.

People will be careless if declared peak

Look at the scale of WHO which has reached the peak of Corona in the country, now it is necessary to take precaution to stop the second wave. The rate of increase in active corona patients for 14 consecutive days from September 22 to October 5 in the country was below zero. According to WHO standards, the peak was declared on the same basis in all countries of the world.

However, Rajesh Bhushan, the secretary of the Union Health Ministry, says that if the peak is declared based on the data, people can be careless. We need to take more precautions during the festive season. 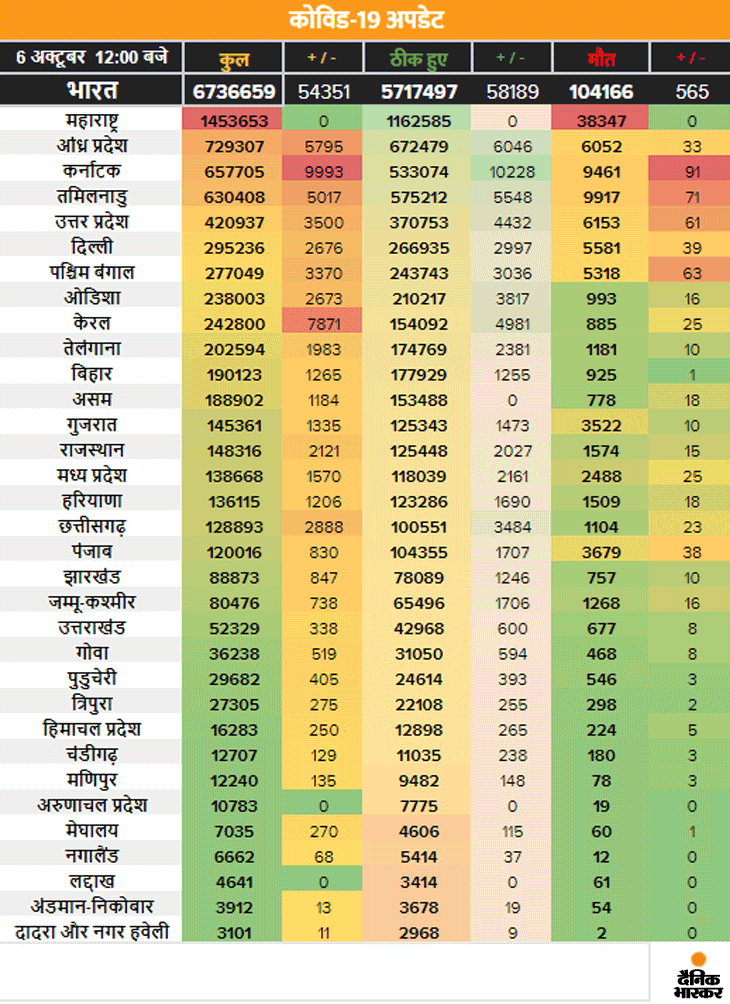 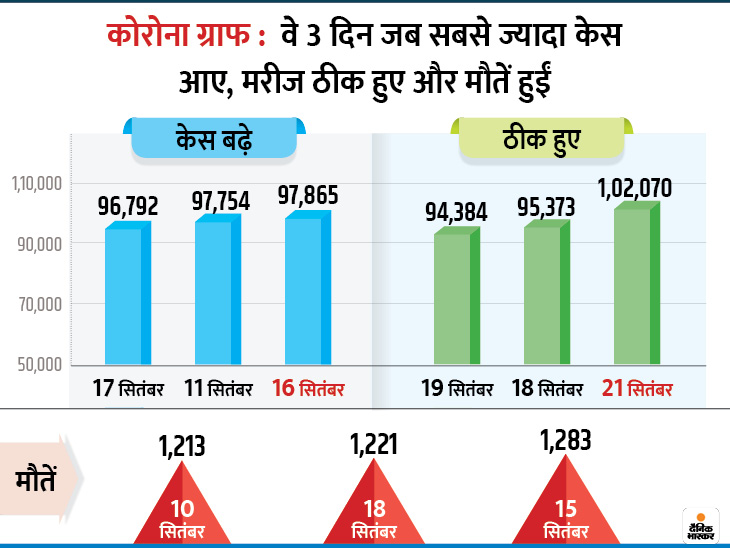 Punjab Health Minister Balbir Sidhu is also reported to be infected. He shared the stage with Rahul Gandhi at the Sangrur rally on Monday. Meanwhile, Congress MLA from Sahada in Bhilwara Kailash Trivedi died late at night due to corona. He was 65 years old. He was undergoing treatment at Medanta Hospital in Delhi. Trivedi came negative after coming to Corona positive, but his condition could not improve. He was taken to Delhi by air lift from Jaipur.

Number of people recovered in 27 states more than new patients
Out of the 35 states and union territories of the country, 27 states remained, where the number of cured people was more than the new patients on Monday. Rajasthan, Assam, Kerala, West Bengal, Manipur, Meghalaya, Ladakh and Andaman-Nicobar have more patients. On the other hand, on Monday, active cases fell to the lowest level in the last 26 days. It decreased to 9.19 lakhs from 10.17 lakhs. 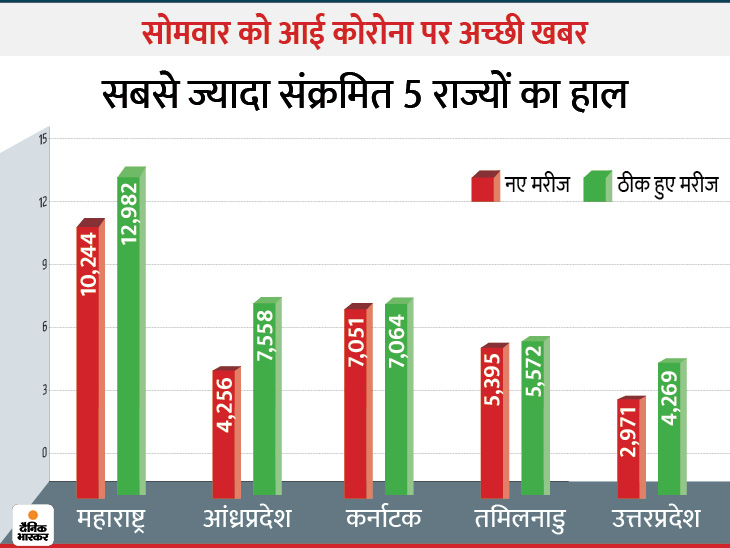 1. Madhya Pradesh
On Tuesday, 1,570 new cases of infection were reported in the state. With this, the total number of people found so far in the state has been 1 lakh 38 thousand 668. 25 people died in the last 24 hours in the state. The death toll has now risen to 2,488. So far, 1 lakh 18 thousand 39 people have been cured, while 18 thousand 141 patients are still under treatment. 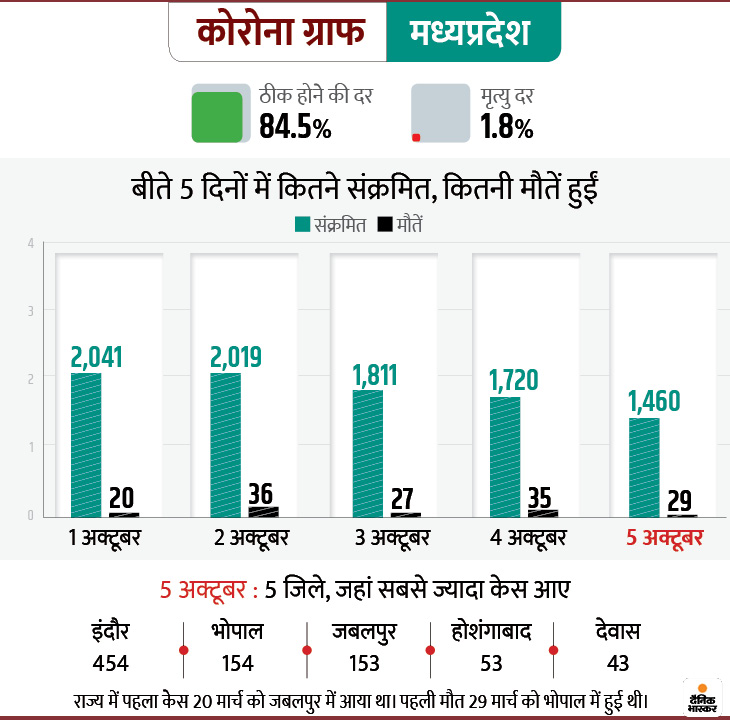 On Tuesday, 2121 cases of corona were reported in Rajasthan. After which the number of total infected in the state reached 1 lakh 48 thousand 316. At the same time, 15 people died. Among them, 1-1 died in Ajmer, Baran, Bharatpur, Bhilwara, Bikaner, Chittorgarh, Churu, Ganganagar, Jaipur, Jalore, Jodhpur, Kota, Pali, Sikar and Udaipur. So far 1,574 people have died. 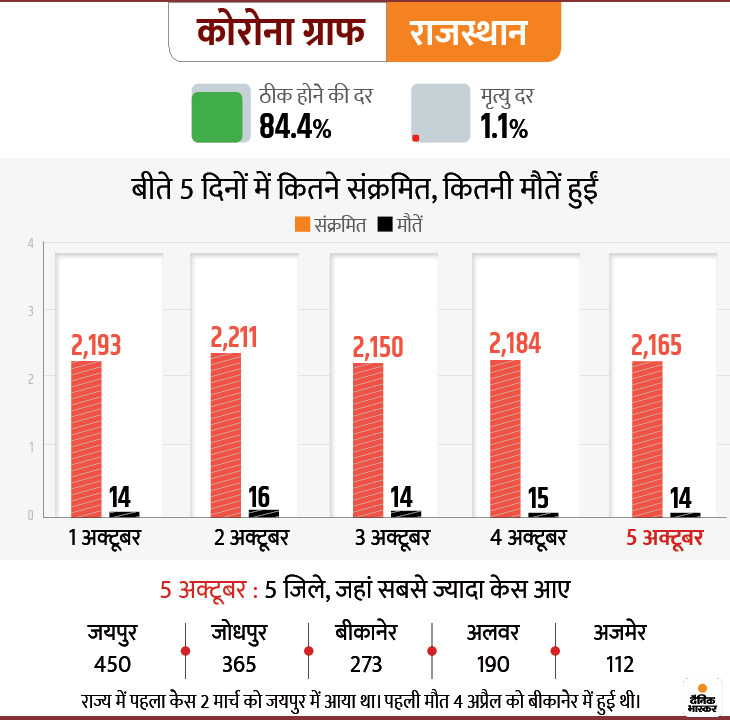 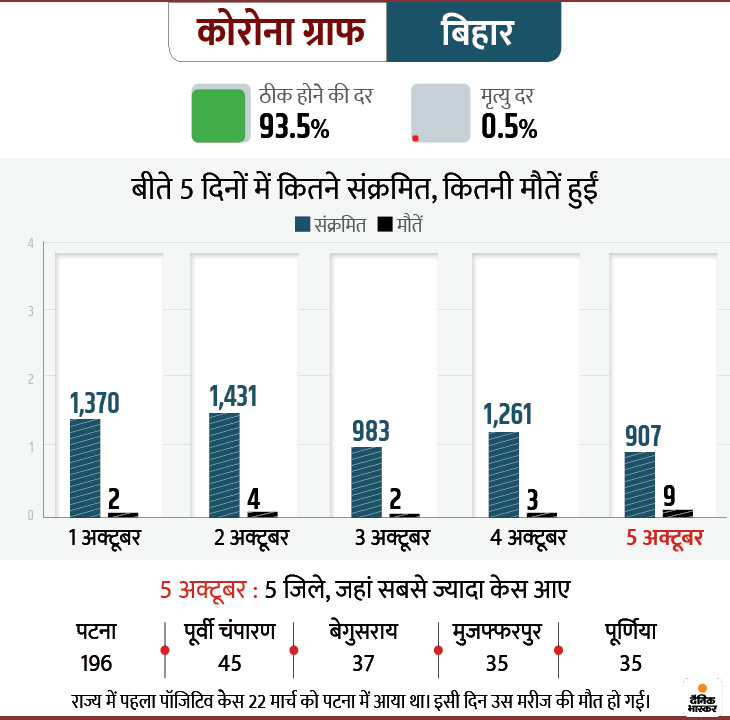 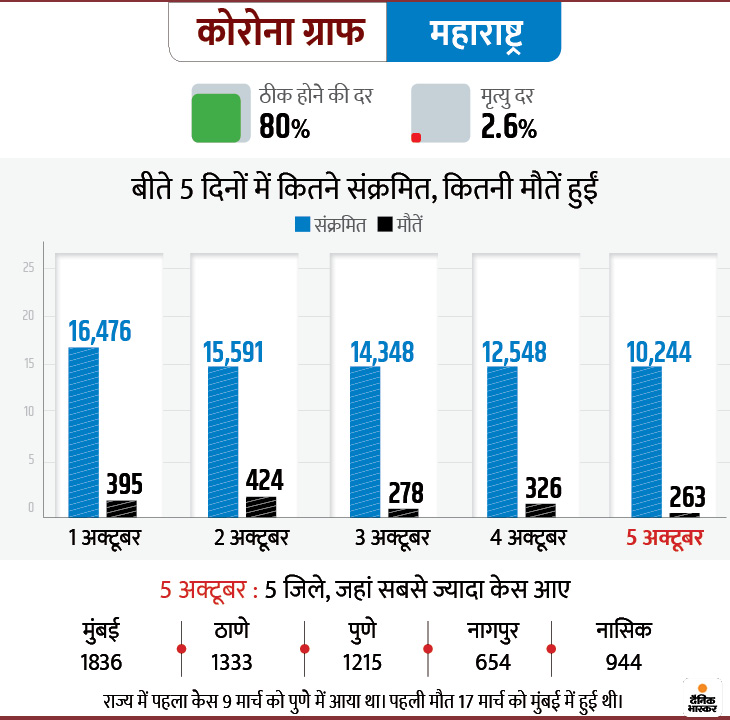 The impact of corona in the state has slowed slightly compared to earlier. On Tuesday, 3,663 coronas have been found infected, while 4432 patients have recovered and returned home. 61 patients died due to infection. 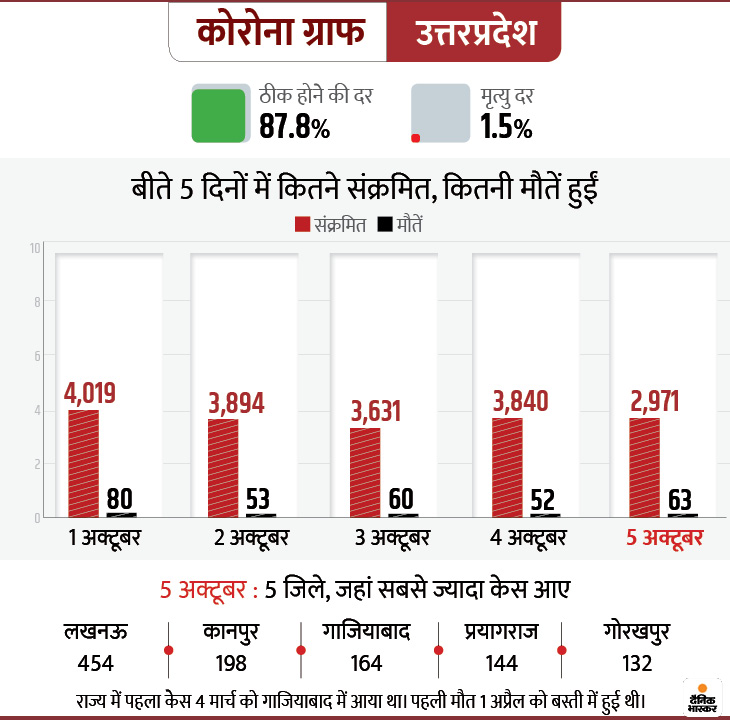 382 doctors lost their lives due to the epidemic; Record increased to 97 thousand 856 patients in one day, 51.18 lakh cases in the country so far

Today 147 people lost their lives; A record 76 patients died in Maharashtra in a single day, the death toll in Gujarat crossed 700