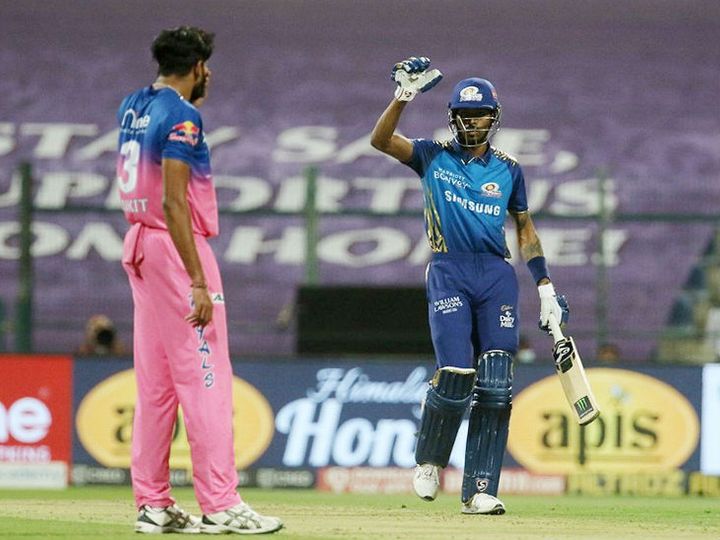 The 45th match of the 13th season of IPL is being played between Rajasthan Royals (RR) and Mumbai Indians (MI) in Abu Dhabi. Mumbai won the toss and batting first gave a target of 196 runs. In response, Rajasthan’s Ben Stokes and Steve Smith are at the crease. Uthappa was dismissed for 13 runs off 11 balls. He was caught by Kieron Pollard off James Pattinson. Click here to see the scorecard of the match …

FIFTY with 7 sixes in Pandya’s 20 ball
Hardik Pandya hit fifty in 20 balls. He scored an unbeaten innings of 60 runs in 21 balls. Hardik scored 26 runs in the last over of the innings with the help of 3 sixes and 2 fours. Karthik Tyagi did this over. Earlier, Hardik had scored 25 runs in the 17th over with 4 sixes. This was Ankit Rajput’s last over.

Ishaan-Suryakumar’s 83-run partnership
Ishaan gets caught by Karthik at the hands of Archer. Ishaan and Suryakumar shared an 83-run partnership for the second wicket. Mumbai opener Quinton Dickock was out for 6 runs off 4 balls. Archer bowled him clean. Gopal gave Mumbai two setbacks in one over. He got Suryakumar caught out by Stokes. Then Kieron Pollard was bowled (6).

A change in Mumbai’s playing eleven

Kieron Pollard is captaining Mumbai in place of Unfit Rohit Sharma for the second consecutive match. A change was made to the team. James Pattinson replaced Nathan Coulter-Nile. At the same time, there was no change in the playing eleven of Rajasthan.

Mumbai defeated Rajasthan
Both teams are face to face for the second time in the season. In the last match, Mumbai defeated Rajasthan by 57 runs in Abu Dhabi itself. Mumbai, batting first, scored 193 runs for 4 wickets. In reply, Rajasthan were all out for 136 runs. This match is a do or die match for Rajasthan. In order to stay in the tournament, that match has to be won. At the same time, Mumbai would like to win this match and secure their place in the play-offs.

Mumbai first and Rajasthan 7th
Mumbai Indians is at number one in the points table with 14 points. He has won 7 out of 10 matches in the season and has lost 3. At the same time, Rajasthan is at 8th position with 8 points. He has won only 4 out of 11 matches and lost 7. 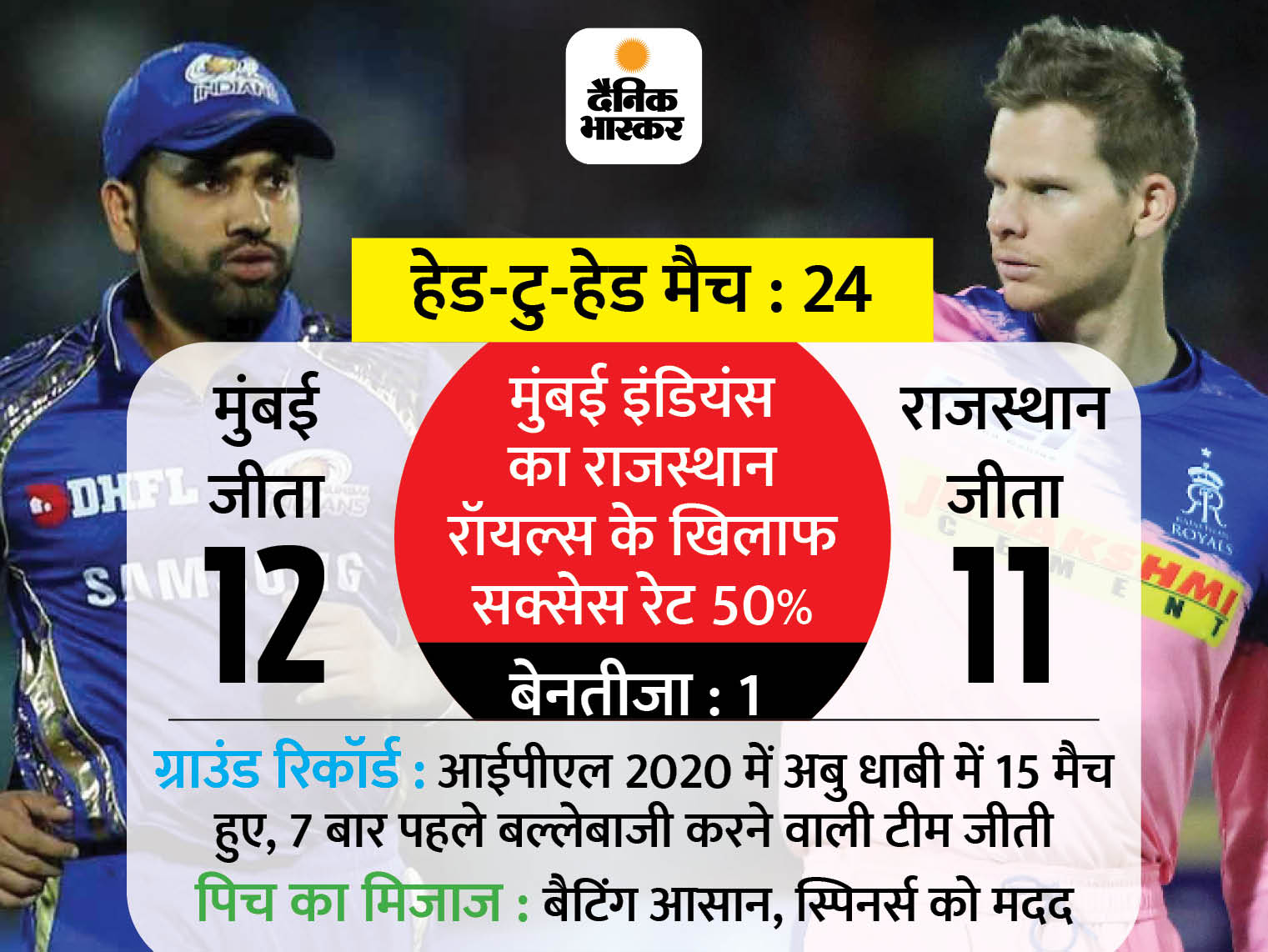