Suspense, prophet or holder can play when Williamson plays; Win necessary for both teams

Comments Off on Suspense, prophet or holder can play when Williamson plays; Win necessary for both teams 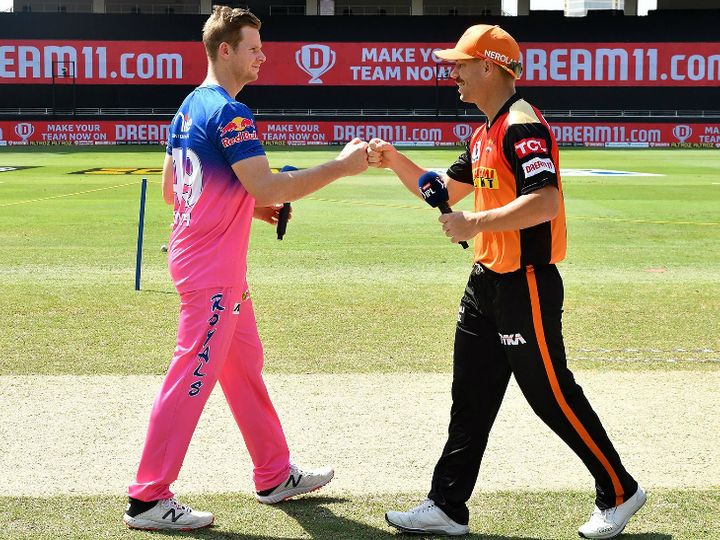 Rajasthan Royals captain Steve Smith and Sunrisers Hyderabad captain David Warner. The last time in the season, Rajasthan had defeated Hyderabad by 5 wickets in the match between the two. 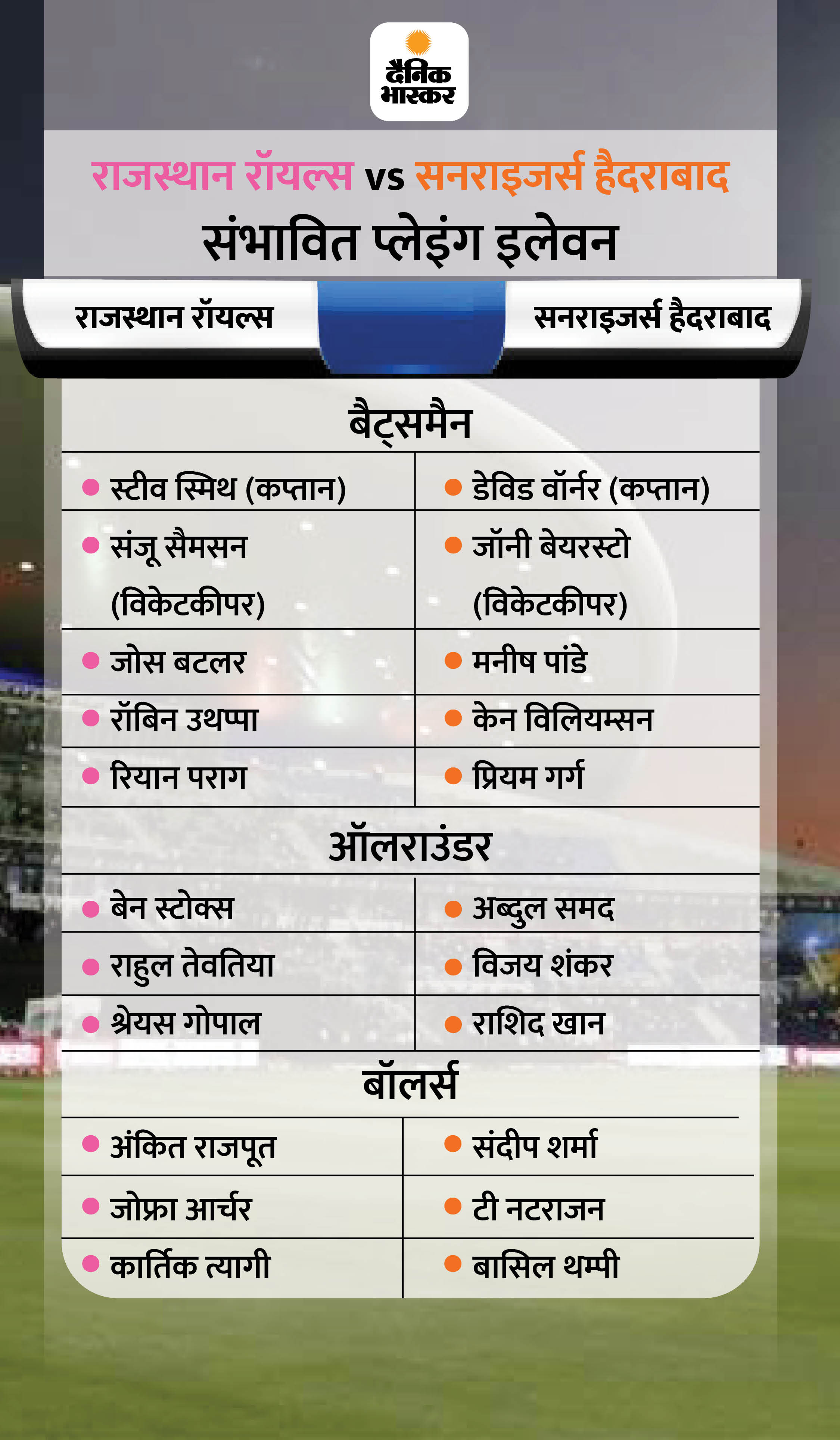 The 40th match of the 13th season of IPL will be played in a short time between Dubai Royals (RR) and Sunrisers Hyderabad (SRH) in Dubai. Suspense remains on Kane Williamson of Hyderabad playing in the match against Kolkata Knight Riders. In such a situation, Mohammad Nabi or Jason Holder may get a chance. Both teams would like to win this match to maintain their hopes of the play-offs.

Archer-Teotia has the most wickets
For Rajasthan, Joffra Archer is the first and Rahul Tewatiya at number two in terms of maximum wickets in the season. Archer has 13 wickets in 10 matches while Tewatia has taken 7 wickets in the same number of matches. Archer has bowled the most 120 dot balls in a season.

Rashid-Natarajan took over in bowling
Rashid Khan and T Natarajan have bowled for Hyderabad. Rashid has 13 wickets in 10 matches while Natarajan has 11 wickets in 9 matches. Rashid (94) is ranked sixth in terms of putting dot balls in the season. 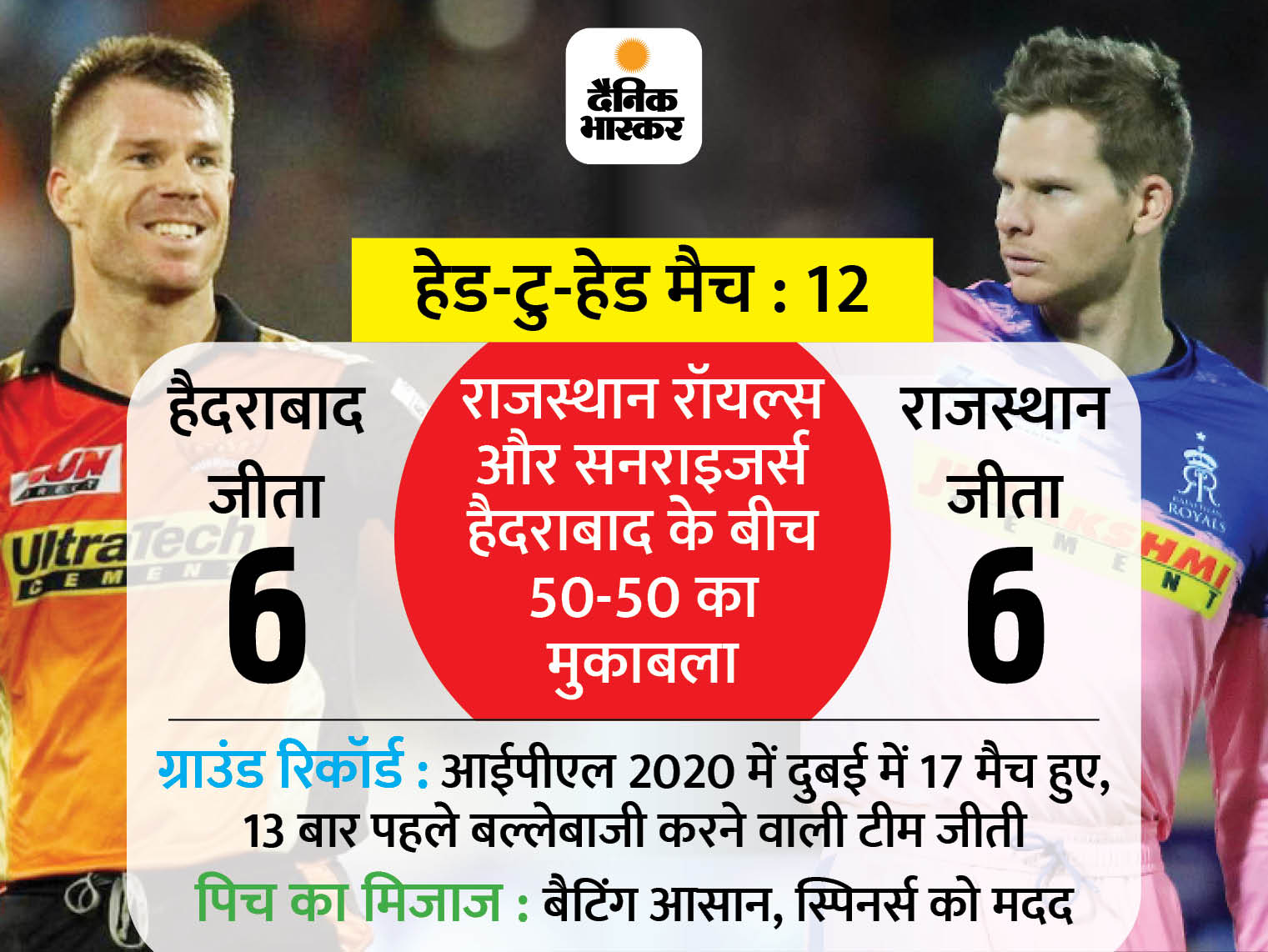 Pitch report
The pitch in Dubai may help the batsmen. Being a slow wicket here will also help the spinners a lot. The team that wins the toss will like to bat first. Prior to this IPL, the success rate of the first batting team in the last 61 T20s was 55.74%.