Comments Off on The number of patients crossed 74 million, but on an average every day 8000 active cases are decreasing; Health Minister said – the next two and a half months is the most difficult 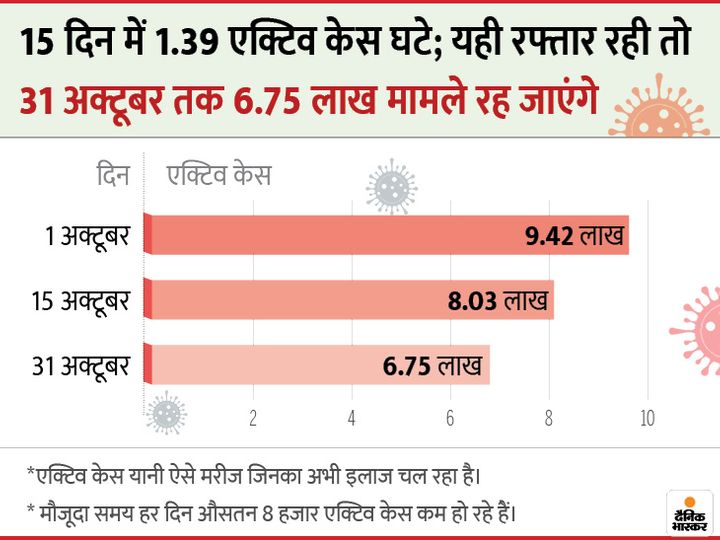 The number of corona patients in the country crossed 74 lakh on Friday. So far 74 lakh 20 thousand 529 people have been found infected. It is a matter of relief that 65 lakh 9 thousand 841 people have been cured. So far 1 lakh 12 thousand 914 patients have died due to infection.

There is comforting news among the increasing cases of infection. There is a steady decline in active cases. Active case means patients who are currently being treated. The number of such patients has decreased by more than 1.39 lakh in the last 15 days. There were 9.42 lakh active cases on October 1, which has now reduced to 7.96 lakh. Every day around 8 thousand cases are getting reduced. If the same rate remains, by October 31, 6.75 lakh patients will remain in the country. These figures are taken from covid19india.org.

Health Minister holds meeting with DST, CSIR scientists
Union Health Minister Dr. Harsh Vardhan held a meeting with scientists of the Department of Science and Technology and CSIR on Friday. In this he appreciated the scientists. Told that three vaccines are currently in operation in the country. One phase-3 is in trial process, while the other two are in phase-2. He described the coming two and a half months as very difficult for the country. Said, “Festive season and increased risk of cold infection have increased. In such a situation, we all have to make efforts and make people aware of it. 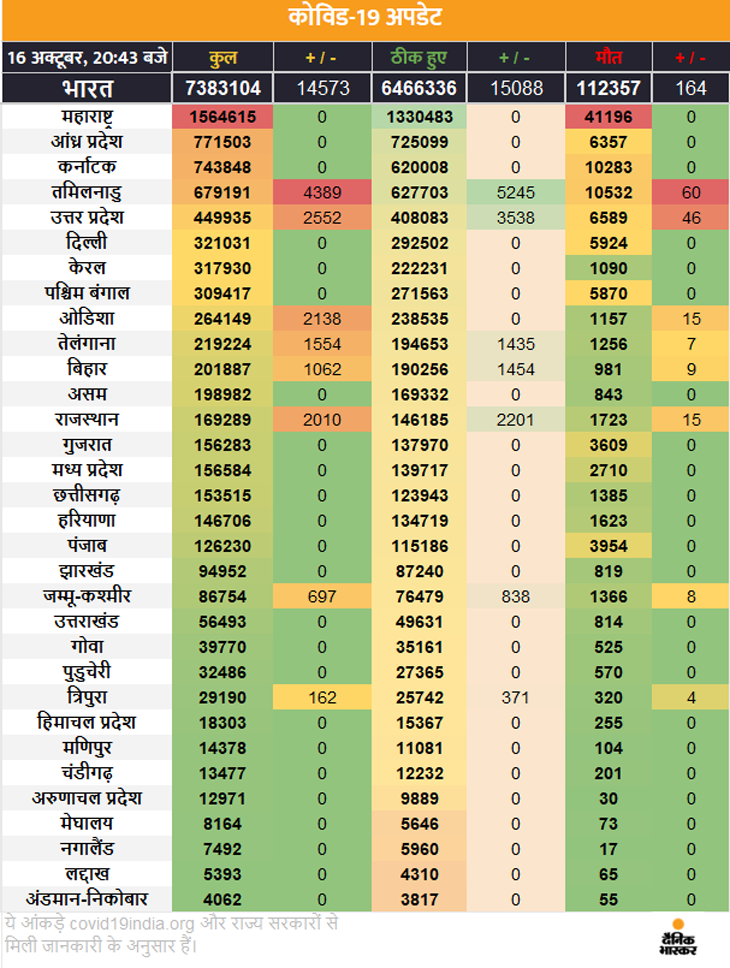 Peak came 30 days, then 98 thousand cases had come, now the figure is 60 thousand

Corona has weakened in the country. Cases are coming down and more patients are recovering. In the past one month, there has been a decrease of about 30% in the daily case. On 16 September, the peak of the new case came. 97 thousand 860 cases came that day. Now this figure is below 70 thousand for the last five days. On Thursday, 60 thousand 419 people were found infected. 68 thousand 202 people were recovered and 835 patients died.

1. Madhya Pradesh
On Friday, 1352 people were found infected in the state and 1556 people recovered and went home. 25 patients succumbed during treatment. So far, 1 lakh 57 thousand 936 people have become corona positive. Of these, 13 thousand 928 patients are currently being treated, while 1 lakh 41 thousand 273 people have been cured. So far 2735 patients have died due to infection. The number of testing has also increased to 2.53 million. 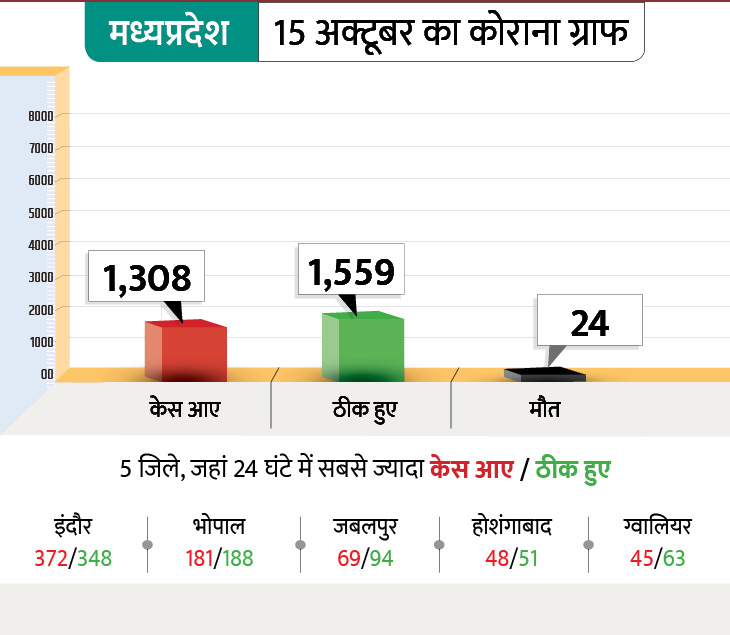 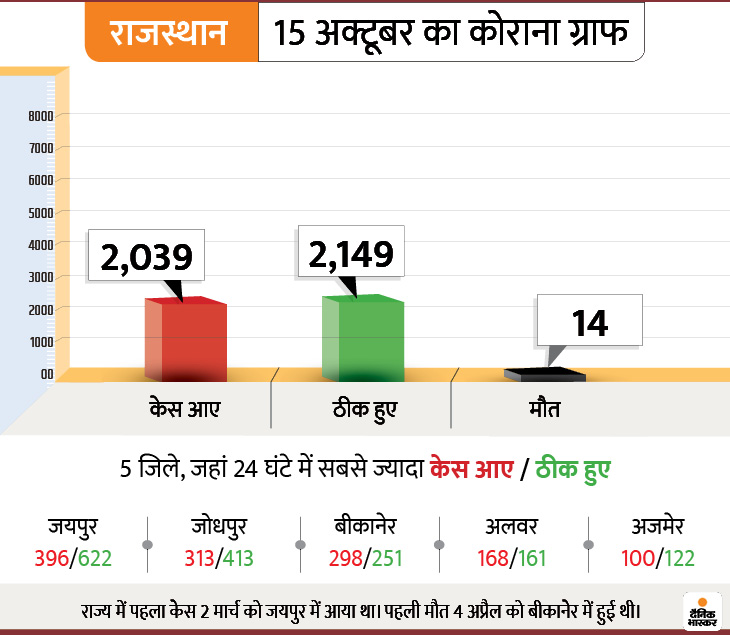 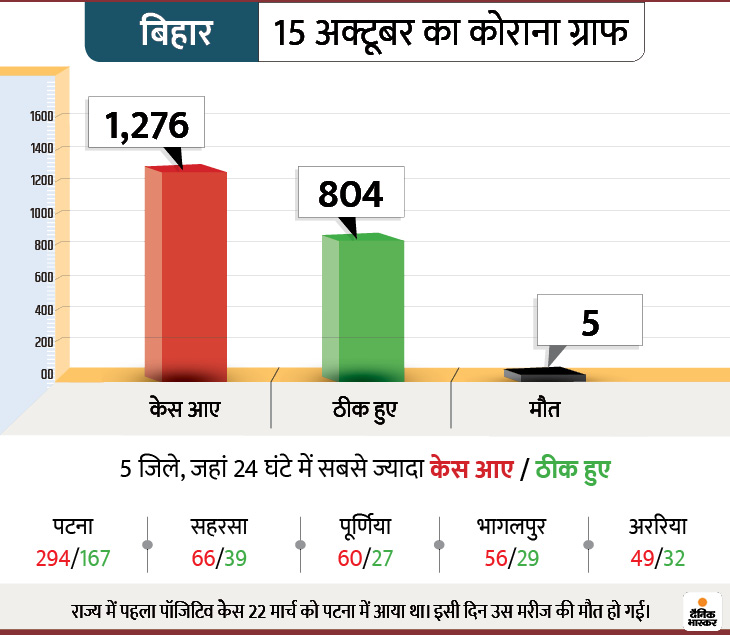 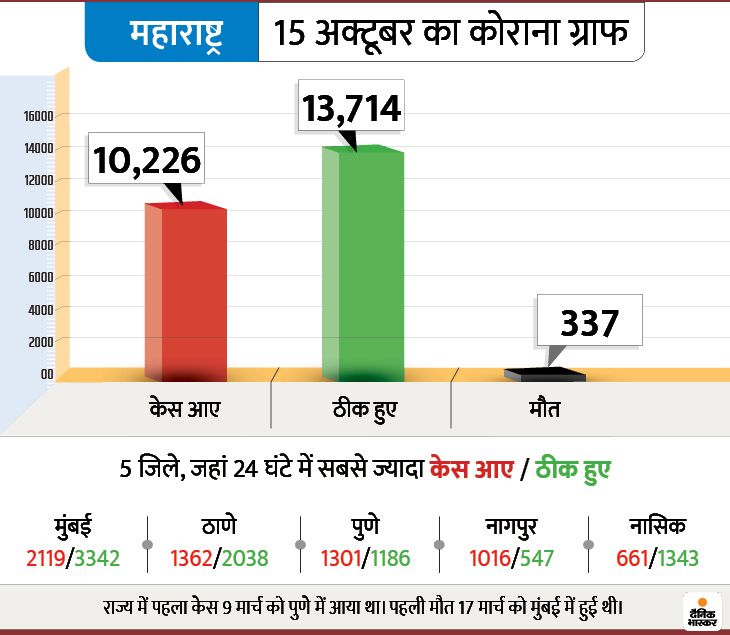 5. Uttar Pradesh
On Thursday, 1.5 lakh people were screened in the state. Of these 2672 people reported positive. So far, 4 lakh 47 thousand 383 people have been found infected. Of these, 36 thousand 295 patients are being treated, while 4 lakh 4 thousand 545 people have been cured. 6543 people have died due to Corona. 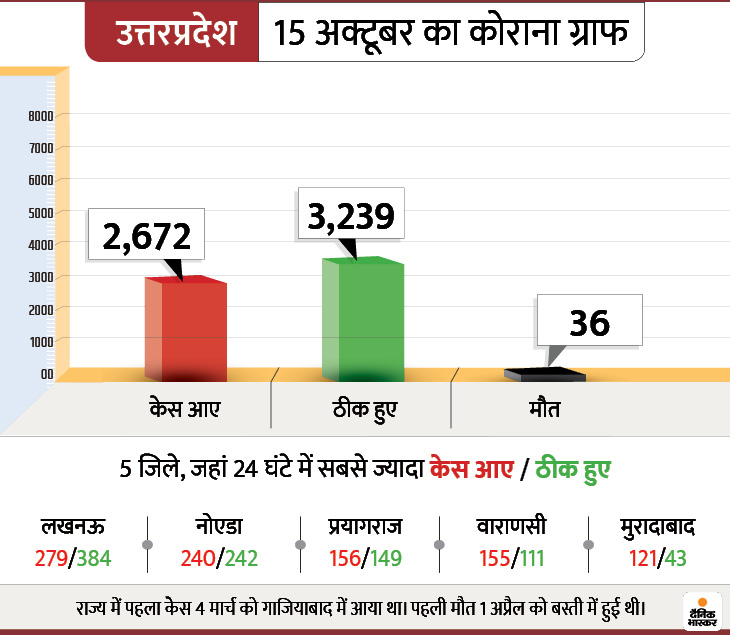 5.49 lakh cases so far; In India, an average of 6 patients are being found on every 100 tests, in this case Brazil tops 45 infected people.