Comments Off on Today the number of infected will cross 70 lakhs, but active cases have fallen below 9 lakhs; 69.77 lakh cases so far 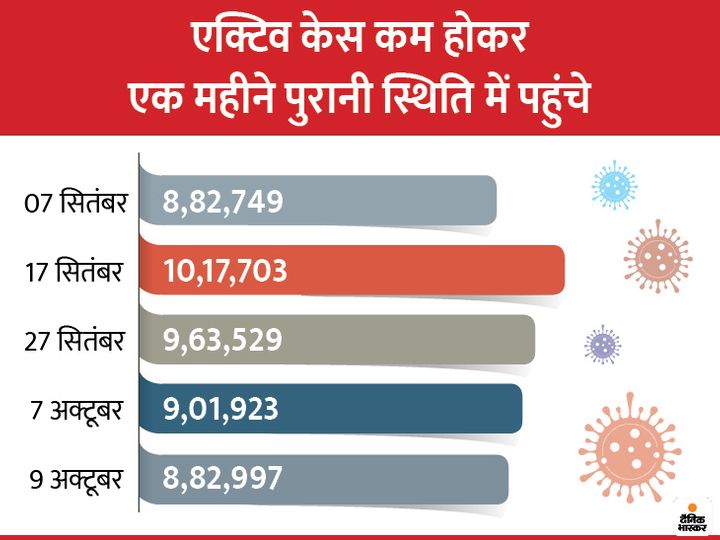 The number of corona infections in the country has reached 69.77 lakh. It will cross 70 lakh today, but it is a matter of relief that active cases have come down to less than nine lakh. This is because the number of patients recovering from the new case remains high. On Friday, 73 thousand 220 new cases came in the country, while 82 thousand 292 patients were cured. This was the 20th consecutive day when new cases were below 90 thousand. Earlier on September 16, the new case figure went up to a peak of 97 thousand 860. 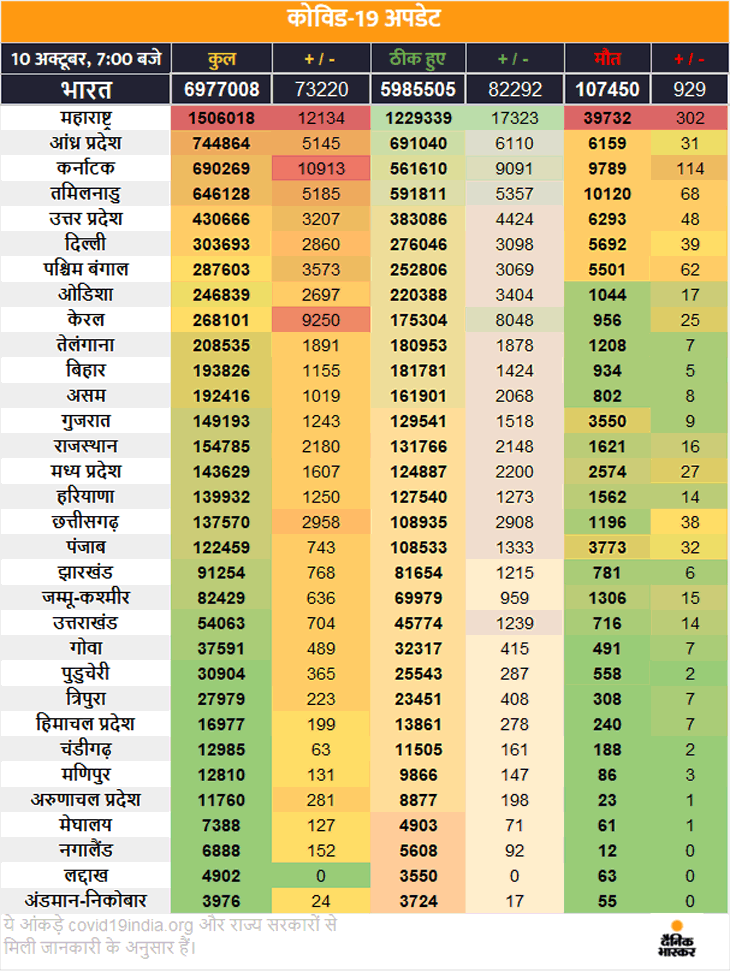 Tejas Express will run from October 17
Railway Minister Piyush Goyal said – Tejas Express will run again from October 17. The high speed train runs between Lucknow-New Delhi and Ahmedabad-Mumbai. There will be an additional stay at Andheri in Mumbai to increase passenger comfort. During the journey, passengers will have to wear masks and face shields. It will also be necessary to have the Arogya Setu App. Kovid-19 security pest will also be given to all passengers. It will have a hand sanitizer, mask, gloves and face shield. 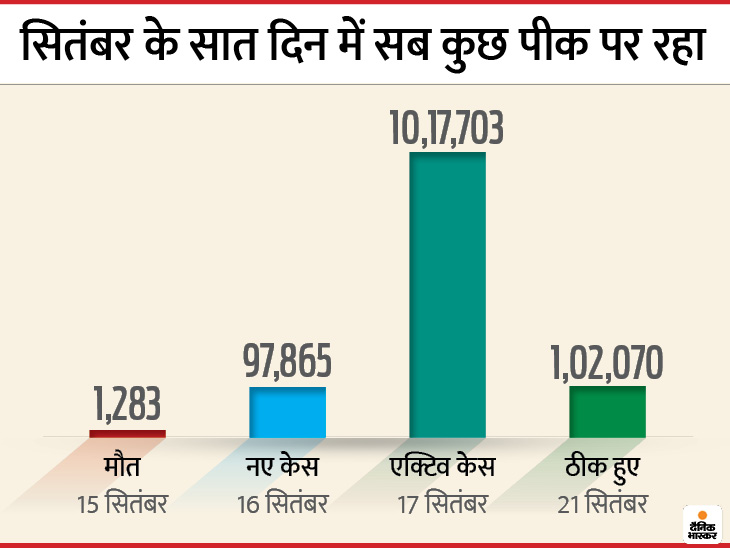 1. Madhya Pradesh
On Friday, 1607 cases were reported, 2200 patients recovered, while 27 infected people died. So far 1 lakh 43 thousand 629 cases have been reported in the state, 1 lakh 24 thousand 887 people have been cured, 16 thousand 168 infected people are undergoing treatment, while 2574 patients have died. 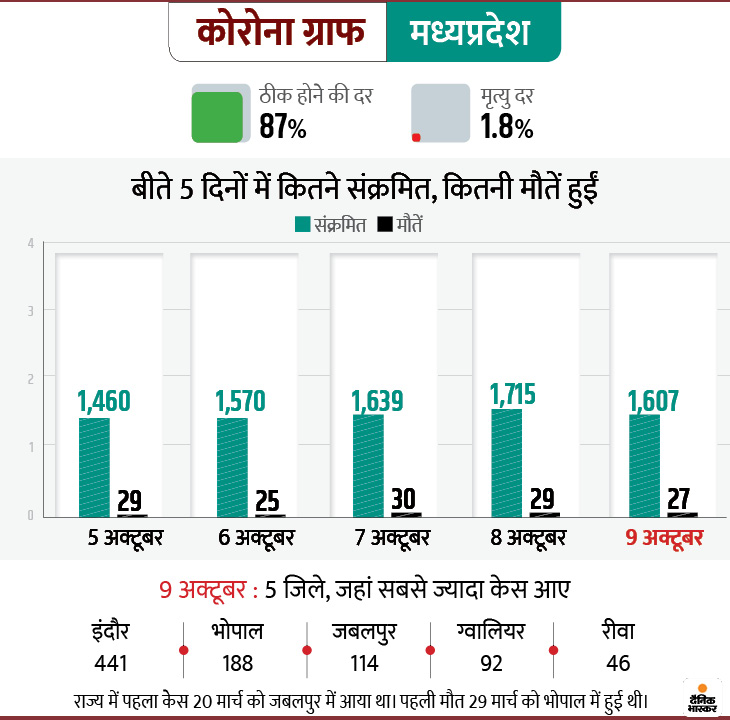 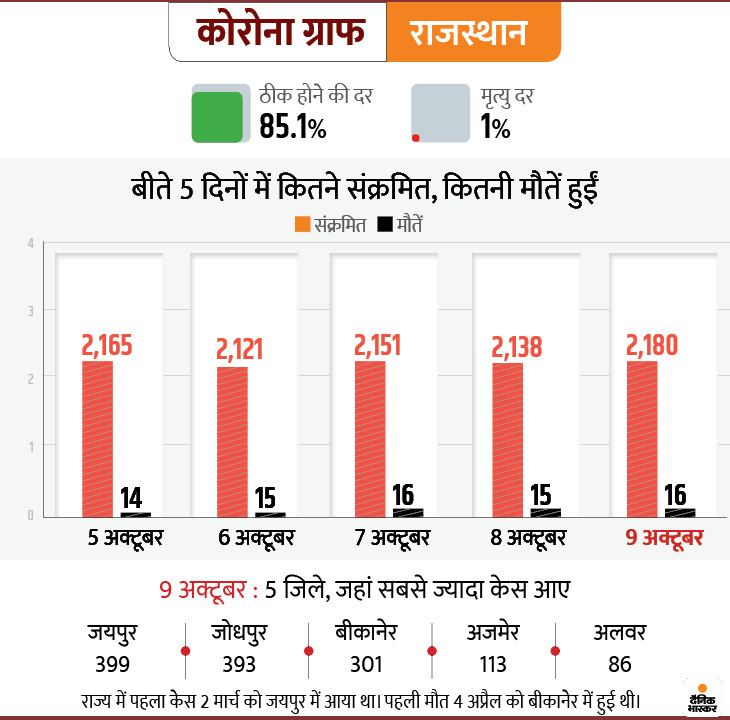 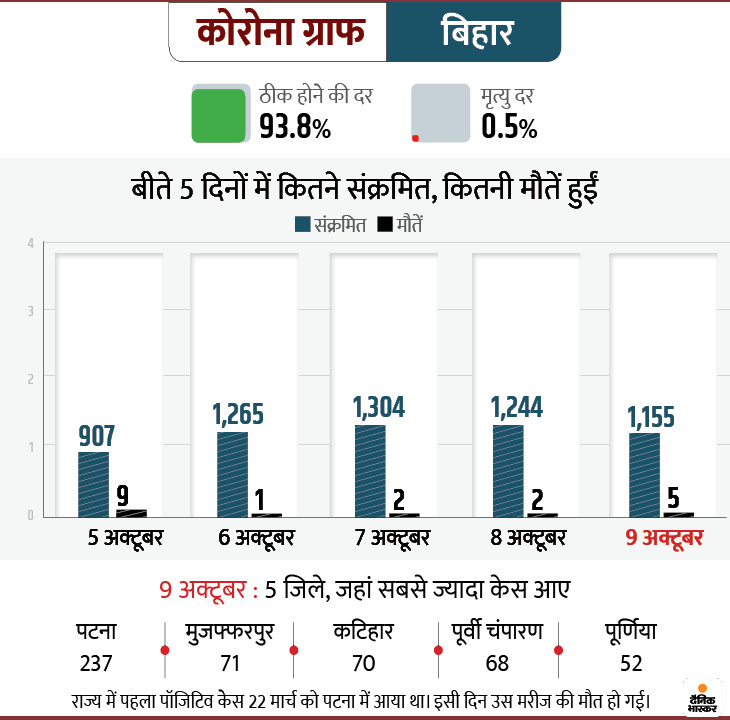 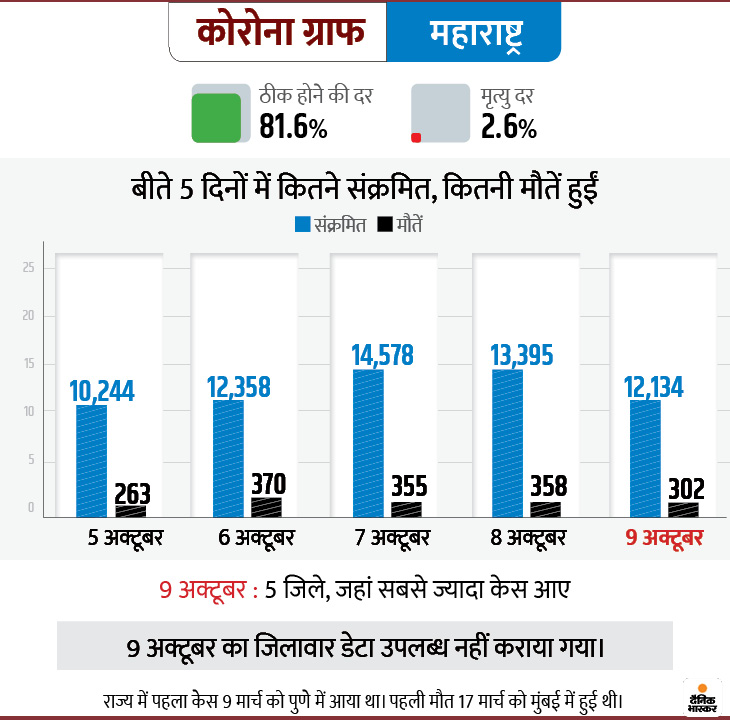 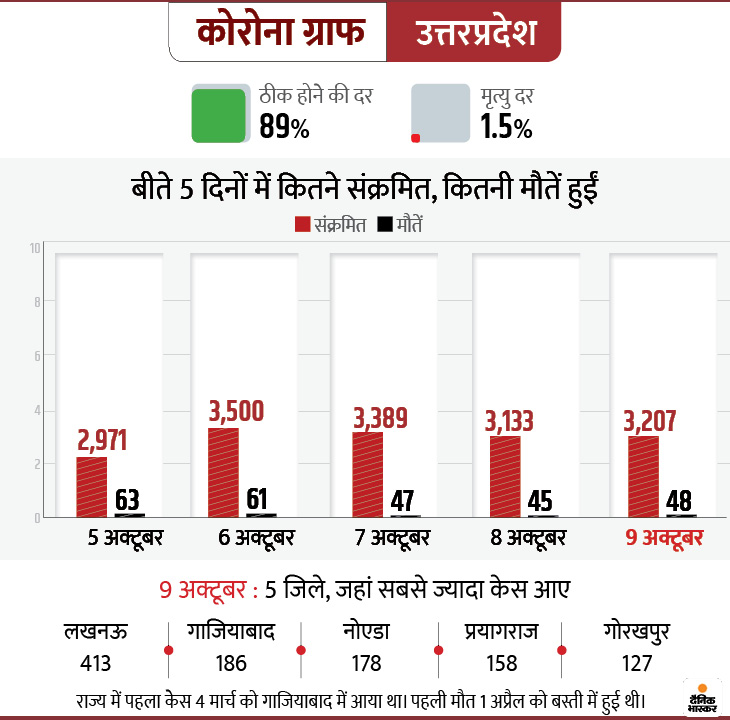 5.49 lakh cases so far; In India, an average of 6 patients are being found on every 100 tests, in this case Brazil tops 45 infected people.

A record increase of more than 20 thousand cases in one day, Delhi the second most infected state with 80 thousand patients; 5.29 lakh cases in the country so far